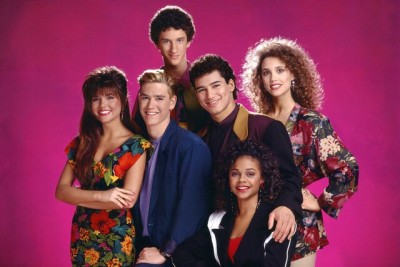 He had been diagnosed with an aggressive form of stage 4 cancer less than a month ago.

The actor was not invited to participate in the Saved By the Bell reboot currently airing on NBC like his former cast mates, Mark-Paul Gosselaar, Mario Lopez, Tiffani Thiessen, Elizabeth Berkley Lauren, and Lark Voorhies paid tribute to him via social media today.

“I’m deeply saddened to hear of the passing of Dustin Diamond, a true comedic genius,” Gosselaar tells EW in a statement. “My sincere condolences to his family and friends. Looking back at our time working together, I will miss those raw, brilliant sparks that only he was able to produce. A pie in your face, my comrade.”

Voorhies, who portrayed Lisa Turtle, the fashionista who was the object of Screech’s affections on the show, also shared a tribute to Diamond with EW: “Words cannot express the grief that I am feeling right now. Dustin and I had a warm and special friendship, he was a caring gentleman, and my memories of him will always be cherished,” she writes. “I am so very sorry he is gone. But it’s exceptionally sad for his close loved ones who have do deal with his tragic death and their own great loss. My heart goes out to them at this trying time.”

Here is a LINK to the rest of the tributes.