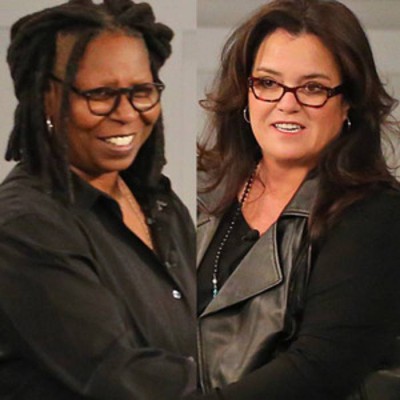 In Ramin Setoodeh’s new book Ladies Who Punch, Rosie O’Donnell opens up about tensions with her co-host Whoopi Goldberg upon returning to the daytime talk show in 2014.

I was excited about Rosie’s return to the show but it did seem clear that there was tension between she and Whoopi.

“Some people would say, ‘What’s going on with you and Whoopi?’ “ O’Donnell recalls in the tell-all book. “I was like, ‘Are you watching the show? It’s pretty much right there.’ I have no desire for a public feud.”

Staffers noticed O’Donnell had been more “on edge” during her second time around on The View, the book reports, adding that she would even complain about Goldberg to celebrity guests.

“Whoopi Goldberg was as mean as anyone has ever been on television to me, personally—while I was sitting there,” O’Donnell told Setoodeh. “Worse than Fox News. The worst experience I’ve ever had on live television was interacting with her.”

O’Donnell admits, though, that she “revered” Goldberg before working with the Ghost star.

“She’s a minority, feminist, smart, funny, groundbreaking legend who is black in America,” O’Donnell says. “I’m never going to not have respect for Whoopi Goldberg. But that was a painful experience, personally and professionally.”