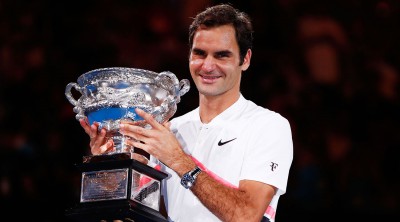 My day is made! Roger Federer beat Marin Cilic in five sets earlier today to win the Australian Open for a record-tying sixth time. Now 36, Fed extended his record number of grand slam singles crowns to 20. No man has ever won more. He also has won 8 Wimbledons, 5 US Opens and 1 French Open. After going more than four years without winning a major title leading into last year’s Australian Open, Federer has now won three of the last five.

”I’m so happy. It’s unbelievable,” Federer said. ”Of course, winning is an absolute dream come true—the fairytale continues for us, for me, after the great year I had last year, it’s incredible.”

Going to sleep well tonight. Thank you to everyone for the love and support. It means more than I could possible describe pic.twitter.com/8t0f38vTLB