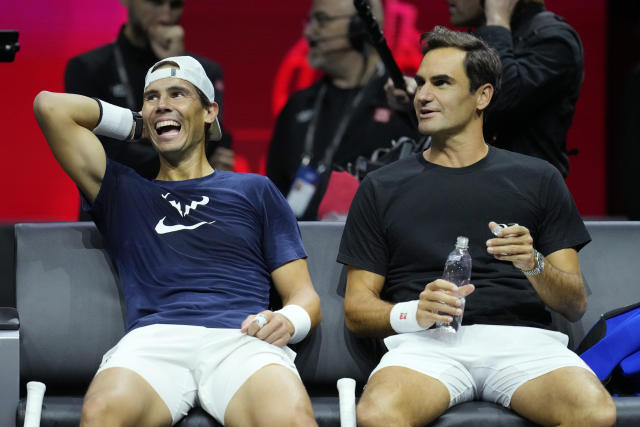 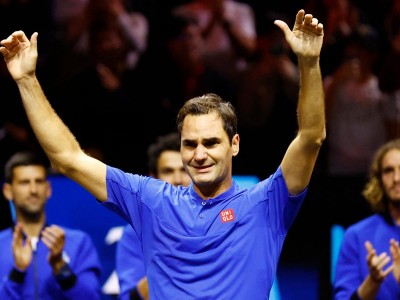 Tennis great Roger Federer was in tears as he gave his final interview as a professional player following his Men’s Doubles loss in the Laver Cup this morning.

He teamed with his great rival Rafael Nadal in the narrow loss and Nadal was in tears as he watched Federer address the crowd and grow emotional as he thanked his wife and his family.

Federer, the winner of 20 grand slam singles titles and 103 tournaments in all, is now 41 and has not played on the ATP Tour since Wimbledon 2021 due to a knee problem.

The ended up bering the perfect farewell, surrounded by rivals who respect him so much, fans who adore him and a family that loves him.

Roger said it had been “a wonderful day. I told the guys I’m happy, I’m not sad. It feels great to be here, and I enjoyed tying my shoes one more time, and everything was the last time.”

“Funny enough, with all the matches, and having the guys, and being here with fans, family and friends – I didn’t feel the stress so much, even though I did think something was going to go. Pop a calf, or lock my back or something. I’m so happy to make it through, the match was great, I couldn’t be happier. It’s been wonderful,” he added.

Roger then spoke about his legacy in tennis: “I was just happy to play tennis, and spend time with my friends really, and it ends here. It has been a perfect journey and I would do it all over again.”