Rod Stewart: “I’m as heterosexual as they come” 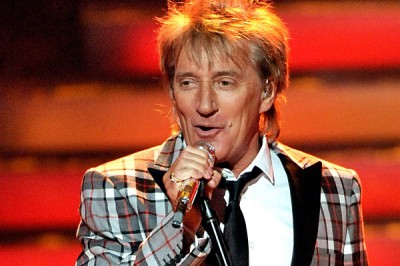 Daytime television’s newest talk show star had rocker Rod Stewart on her show this week and asked him to address a longstanding rumor during a “Fact or Fiction” segment with the audience.

KC: Fact or fiction? Rod once needed to get his stomach pumped after an encounter with sailors at a gay bar in San Diego.

RS: Thank you, darling, thank you.  Just winding me up aren’t you?  This is actually what happened.  I used to have this guy work for me, he was a gay publicist.  He’s dead now so he might be watching.  I had to fire him because he did something terrible, which I won’t go into.  So, he wanted revenge so he started this rumor about me, and it was horrible because my kids were at school.  So that is definitely not true.

KC: But it just kept going on and on and it became accepted, right?

RS: No, it was never accepted.  I’m as heterosexual as they come.