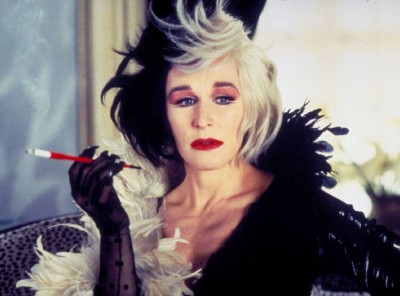 Glenn Close turns 74 today and let’s hope that next month she finally gets a big present: the Academy Award!

She’s nominated for the eighth time – this time for supporting actress for her powerhouse performance in Hillbilly Ellegy. I’ve seen it and she’s terrific in this movie.

Miss Close has consistently delivered memorable performances in movies and television and on stage for more than 45 years. She’s won three Tonys, three Emmys, three Golden Globes, and many other accolades. All that’s missing from her resume is that Oscar despite lead actress front-runner status in 2019 for The Wife. If she loses again, I propose that the Academy bestow an honorary Oscar upon her. She is so deserving with a film career that includes Fatal Attraction, The Big Chill, The World According to Garp, Dangerous Liaisons, The Natural, Jagged Edge, The Paper, Hamlet, Reversal of Fortune, 101 Dalmatians, Air Force One, Albert Nobbs, and many, many more.

Still to come, I hope, is the long-awaited film version of Sunset Boulevard in the role of Norma Desmond which Miss Close has twice played on Broadway decades apart.

Her other career highlights include her hit TV dramas Damages and The Shield and the TV films The Lion in Winter, Serving in Silence: The Margarethe Cammermeyer Story, South Pacific, and Sarah, Plain and Tall. On Broadway, she has been in many plays and musicals including Barnum, The Real Thing, Death and the Maiden, and A Delicate Balance, among others.

Here are some of her film roles. Enjoy!