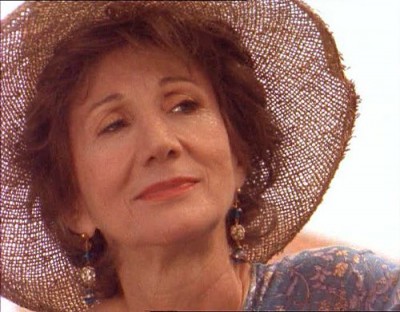 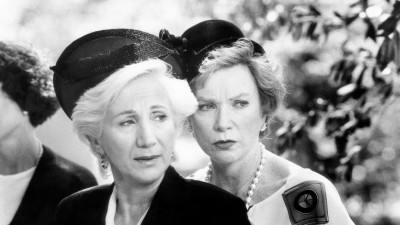 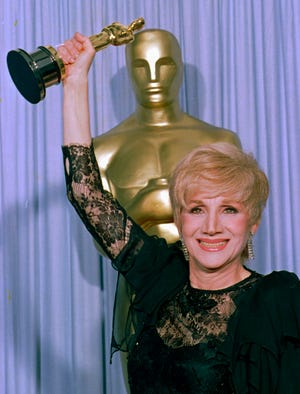 So sad to learn about the passing of Oscar-winning actress Olympia Dukakis earlier today at the age of 89.

She had been in declining health but certainly had been active in recent years including in 2019 when she reprised her iconic Armistead Maupin’s Tales of the City role of Anna Madrigal, the pot-growing transgender landlady of 28 Barbary Lane, for the fourth time.

She had been acting on stage, on television and in films for decades before becoming a household name in 1987 as the straight-talking Rose Castorini in Moonstruck. She won the Oscar, the Golden Globe and other awards for her hilarious and at times deeply moving portrayal of the mother of Cher’s character.

Away from the big screen, Dukakis taught drama at NYU for more than 15 years and was a founding member of two regional theaters: The Charles Playhouse in Boston and the Whole Theater in Montclair, New Jersey.

Her husband of 55 years, stage and character actor Louis Zorich (Paul Reiser’s father in Mad About You), died in January 2018 at age 93. The couple co-founded and ran the Whole Theater in Montclair, N.J. From 1973-92 where they mounted five plays each year drawing such stars as Colleen Dewhurst, Blythe Danner, and Samuel L. Jackson. She also taught a master acting class at NYU for more than 15 years and wrote an autobiography titled Ask Me Again Tomorrow: A Life in Progress.

Dukakis died in New York, her brother Apollo wrote on Facebook. “After many months of failing health she is finally at peace and with her [husband] Louis.” 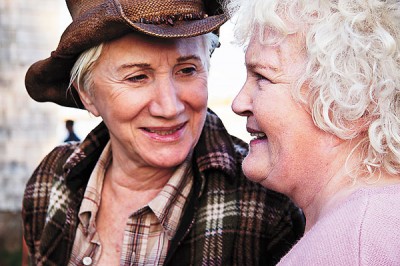 In 2012, I fell in love with a movie called Cloudburst when it screened at the Long Beach Q Film Festival.

It starred Dukakis and fellow Oscar winner Brenda Fricker as an aging couple who are forced apart when the granddaughter of Fricker’s character puts her in a nursing home despite the objections of her partner of 31 years.

In a last-ditch effort to stay together, they break her out of a nursing home in Maine and head to Nova Scotia to get married in Canada. Along the way, they pick up a cute hitchhiker played by Ryan Doucette.

Dukakis, whose character describes herself as an 80-year-old dyke, is a revelation from the very first frame when we see her driving her red truck. It is a performance that was sadly overlooked come awards time but should not have been. It was so fierce and passionate and funny and tender and wonderful.

Check out the trailer below then find a way to see the movie as a tribute to this great actress who we will never forget.