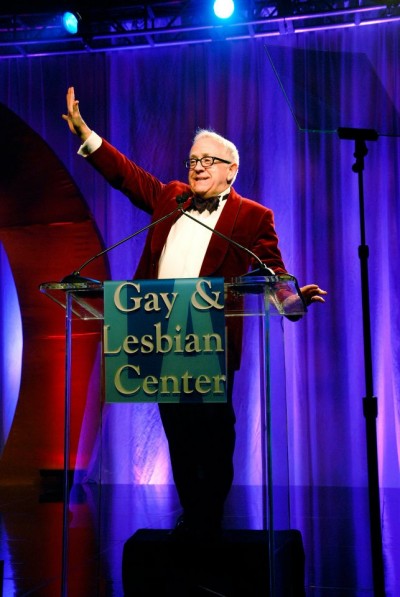 Leslie Jordan, who has a role as a newspaper editor in the current hit film The Help and played a pushy art expert on this week’s episode of Desperate Housewives, found time to host Saturday night’s 40 anniversary LA Gay & Lesbian Center gala.

“I was so honored because guess what, I’ve been around four decades!” Leslie said during our red carpet chat. “I was here in the beginning. It’s a real testament to what I’ve always believed is that gay people, lesbians, bisexuals, transgender, we have to take care of our own and that’s what I think, in a nutshell, is what The Center is all about. We figured out early on that okay, we’ve got to take care of our people, our tribe and I think they’ve done an amazing job.”

An Emmy winner for Will & Grace, Leslie won our hearts as Brother Boy in the stage and feature film versions of Sordid Lives and its follow-up television series. His one-man shows, icluding the acclaimed My Trip Down the Pink Carpet, are deeply moving (and hilarious) as he draws from his experiences as an effeminate tiny boy in the south and in show business.

I wondered what Leslie thought about a growing feeling among some that the LGBT community is becoming too mainstream. 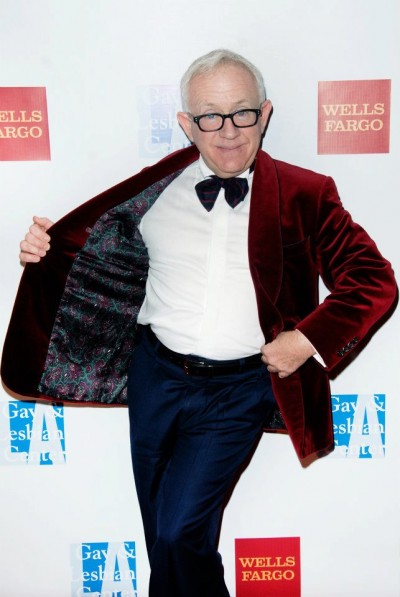 “You know, I fluctuate on that,” he said. “When I came out, there was one gay bar in Chattanooga, Tenn. and in that gay bar there were lawyers, there were black people, there were white people, there were drag queens and we had one leather queen all under one roof and what we had in common was that we were gay. And sometimes I miss that. But then again, c’mon. We were also that gay bar that you had to go down an alley and knock on the door. We feared for our lives.”

He added: “The other day, I was at a restaurant and there were two young guys sitting side by side and they were holding hands. I watched them and, I couldn’t help it, I went by and I said, ‘This is just so beautiful and I hope you realize what we went through.’ They thanked me but, you know, I don’t think they had any idea of what it was like. I try to tell my story sometimes to younger people and they’re like, ‘Wow! Oh really?’ A world without the Internet, a little gay boy in Chattanooga Tenn. immersed in a Baptist church with not one soul to talk to, not one soul! I think if there had been a Trevor Project that I could have talked to.”

But would he be as brilliant as he is, especially in his one-man shows, had he not had those difficult experiences?