Had such a good time at Sunday’s Gay and Lesbian Entertainment Critics Association’s Winners Toast at The Pikey Café.

GALECA is comprised of over 100 TV and film journalists nationwide, honors the finest in movies and television across the board, “from mainstream to gaystream.”

Two of the big winners of Dorian Awards could not be there but were thoughtful enough to send their regards.

George Takei – Star Trek icon, gay rights activist – expressed his thanks to GALECA via video for naming him their Timeless Star of the Year Award 2014. Previous winners of this career-achievement honor include Lily Tomlin, Angela Lansbury and Sir Ian McKellen.

‘You are generous to recognize my body of work – both as an actor and as an activist,’ Takei said. ‘I accept this award for all of us who continue to work for equality and acceptance for the LGBT community. I hope one day we will no longer be viewed as anything but who we are. … when we are judged not by who we love, but by how awards like this that we have won.’ 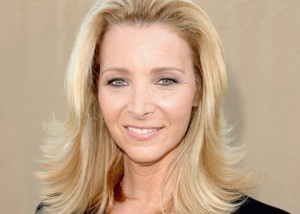 Lisa Kudrow, winner of female TV performance of the year for the revival of The Comeback, said in an email: “I want to convey my sincere thanks and gratitude for honoring me with the Dorian Award for Performance of the Year. I am genuinely sorry and disappointed I can’t be there at the Winners Toast this Sunday. I assure you, I tried to be available, but it just couldn’t work out. I’m so proud of The Comeback and wish I could have attended . . . anyway, I just want you to know how much I appreciate your acknowledgement of the show through my performance in it. Thank you!”

Although Kudrow could not be there, her The Comeback co-star Robert Michael Morris showed up to pick up her award. He is memorable as Mickey Deane, Valerie Cherish’s (Kudrow) gay hairstylist and confidant on the HBO showbiz satire. 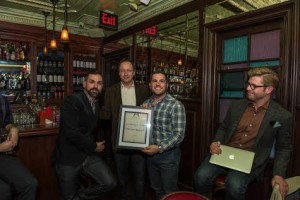 Jeff Zarrillo and Paul Katami, the Prop. 8 plaintiffs, were present to accept the award for best documentary which went to The Case Against 8. They shared some inside tidbits from the landmark case they they were at the center of.

The now legally married duo praised GALECA’s Documentary of the Year and its filmmakers Ben Cotner and Ryan White for, in Zarrillo’s words, “maxing out their credit cards” to capture a key moment in the history of human rights.

I’m a member of GALECA and it was great to see fellow journalists who I respect and admire including GALECA President John Griffiths of US Weekly, Jim Halterman of The Backlot and xFinity.com, Jeremy Kinser of Queerty and Sirius radio host Frank DeCaro and his journalist hubby Jim Colucci, among several others.

Before awards were handed out, really enjoyed a good chat with actor Wilson Cruz who is helping plan this month’s GLAAD Media Awards in Los Angeles. We were joined by Zarillo and Katami who told me they are currently hosting a six week LGBT-themed news program series on Sirius. 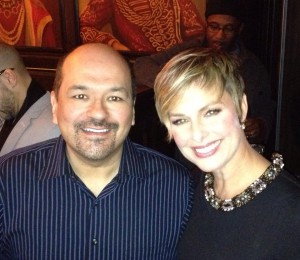 When Melora Hardin showed up to accept the five awards won by Transparent, I got a bit fanboy with her because she is a revelation on that show in a role that is so different from her role on The Office. She is so talented, charming and smart – and gorgeous.

Knowing Melora had sung at Hollywood Bowl in a show once, I introduced her to Space Station 76 producers Bob Hayes and Jim Burba, fellow guests who are casting a musical.

You never know!
For all the nominees and winners for 2014 and previous years, visit GALECA.org. 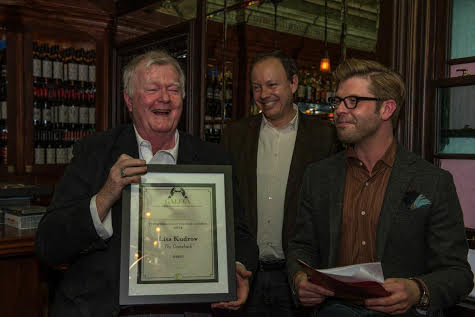 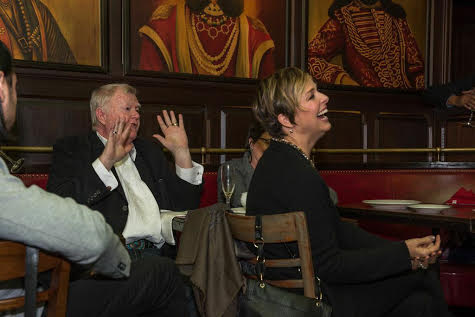 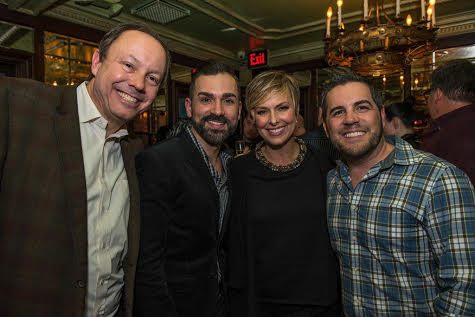 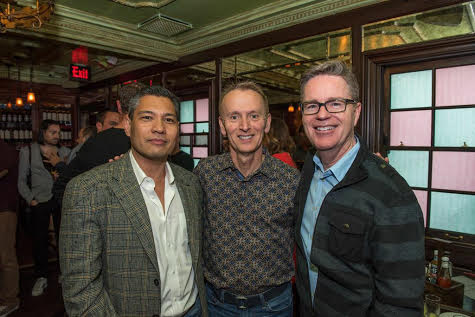 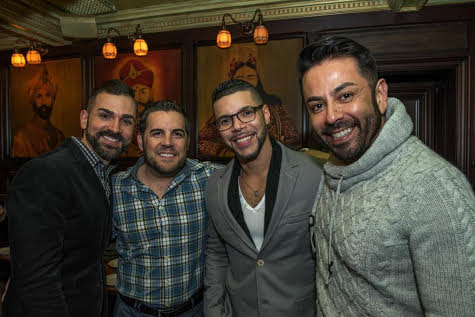 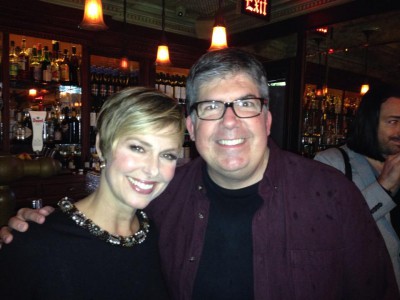 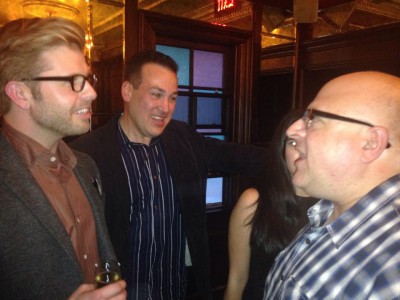 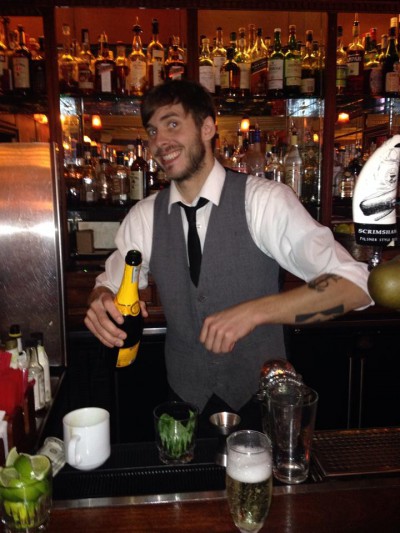