Random Flashback Video: When Hillary Clinton and Rosie O’Donnell did a duet from “Bye Bye Birdie” 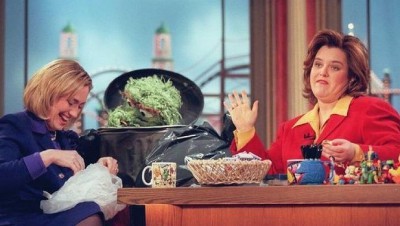 If Hillary Clinton is elected president of the US next year, maybe she could sing at her own inaugural ball.

Before she was a US Senator and US Secretary of State, Clinton was First Lady of the US and she made a guest apparance of The Rosie O’Donnell Show.

This was in 1997 when Rosie was known as ‘The Queen of Nice” and Hillary was enjoying herself before the Monica Lewinsky scandal rocked her husband’s administration.