Rafael Nadal not sure when he’ll return to tour 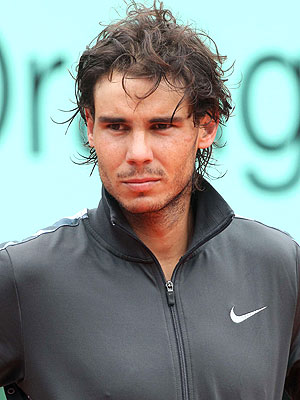 Sexy Spanish tennis star Rafael Nadal, a seven-time French Open champion, is unsure of when he will return to the tennis tour.

Nadal has not played since losing in the second round of Wimbledon because of a chronic knee injury. He missed the Olympics where he was defending champion, and the US Open which he won in 2010 and was runner-up last year.

‘All that is in my mind is to keep working hard to come back,” Nadal said in interviews with European newspapers Tuesday. ”I cannot think about the future because it’s not like if you break your arm and you know you will have a few weeks like this, then a few weeks like that and then you are back.”

Nadal is recovering from a partially torn patella tendon in his left knee.

”This is a day-by-day thing,” he said. ”I have checks every day to see how I’m improving. I can’t predict what will happen.”

Nadal hopes to be back in time for the Australian Open which he won in 2009.

”I hope you see me in Australia,” he said. “That is the biggest goal for me, to come back just before then in Qatar but I cannot say for sure it is going to happen. The only thing is to recover well. I want to be 100 percent when I come back.”

“The Ellen DeGeneres Show” returns with new episodes – from Ellen’s house – on Monday!