Pro tennis is coming back! The US Open and French Open will be held just a month apart from each other 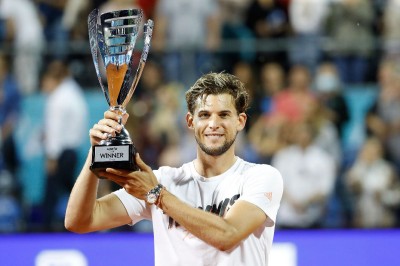 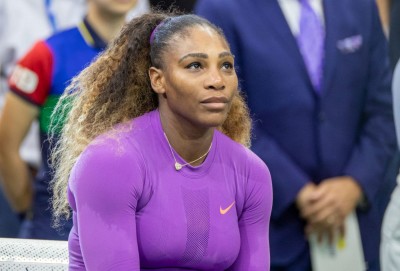 I’m thrilled about this – even if there will be no spectators or very few.

As long as it’s safe for the players, it will be so good to see tournaments being held again. Roger Federer is out for the rest of the year so his record of 20 grand slam singles titles is especially vulnerable and can be tied or surpassed by Rafael Nadal who has 19. Nadal is the defending champion at the French Open and the US Open which will be held a month apart. Top-ranked Novak Djokovic, who won the Australian Open in January, has 17 slam titles and can tie Nadal if he wins both.

I’m hoping Federer’s record holds and I think that’s where third-ranked Dominic Thiem comes in. He is a three-time grand slam finalist and this is an amazing opportunity for him to win his first slam – or two.

As for the women, it’s been such a revolving door of slam champions that my biggest hope is to see the great Serena Williams manage to win at least one of the two slams so she can at last tie homophobe Margaret Court’s record of 24 grand slam titles. Serena has been stuck at 23 since the 2017 Australian which she won while pregnant. She has lost her last four slam finals – two at Wimbledon and two at the US Open.

Serena is ranked ninth. I will also be rooting for 16th ranked Garbine Muguruza who I quite like and who was one set away from winning the Australian Open in January. She has won both Wimbledon and the French Open and looks like a model. I also like Simone Halep who has won the French Open and Wimbledon in recent years.

The reigning slam champs are Ashleigh Barty (French Open), Sofia Kenin (Australian), and Bianca Andreescu (US Open) and also in the mix is 10th-ranked Naomi Osaka who won the 2018 US Open and 2019 Australian Open.

The ATP has issued a revised provisional calendar that sets a pathway for the resumption of the Tour. The new-look #ATPTour calendar intends to resume on Friday 14 August.

We are excited to announce a plan for the WTA Tour to return to play this season! Competition is scheduled to begin the week of August 3rd in Palermo.