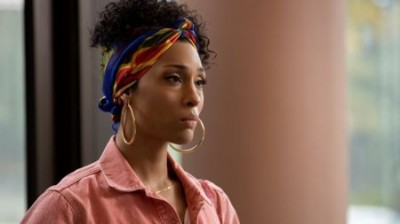 VIA VARIETY: The category is: making history. Mj Rodriguez has become the first transgender performer to pick up an Emmy nomination in a major acting category.

Rodriguez is nominated in the lead drama actress category for her fierce and formidable portrayal of house mother and nurse Blanca Rodriguez on FX’s ballroom culture period drama “Pose.” It is her first-ever attention from the Television Academy.

“I do believe this is a pivotal moment. There’s never been a trans woman who has been nominated as a leading outstanding actress and I feel like that pushes the needle forward so much for now the door to be knocked down for so many people — whether they be male or trans female, gender nonconforming, LGBTQIA+, it does not matter,” Rodriguez told Variety. “A moment like this extends and opens and elongates the possibilities of what’s going to happen and I believe the Academy is definitely making it possible and their eyes are more than open. Yes, I do believe they’re going to continue, and I also feel like we’re going to keep speaking and encouraging and informing and educating people around the world. I think that’s the most important thing.”

“Michaela Jaé (Mj) Rodriguez’s Emmy nomination for Outstanding Lead Actress in a Drama Series is a breakthrough for transgender women in Hollywood, and a long-overdue recognition for her groundbreaking performance over the past three seasons of POSE. Additionally, the show’s nomination for Outstanding Drama Series, as well as Billy Porter’s third nomination for Outstanding Lead Actor in a Drama Series, mark a historic show that undoubtedly raised the bar for trans representation on television and changed the way viewers around the world understand the trans community. As over 40 leading LGBTQ organizations pointed out in our open letter about POSE to Emmy Award voters, representation matters. Congratulations, Michaela Jaé, Billy Porter, and the entire POSE team – the world is standing with you and applauding your talents.”