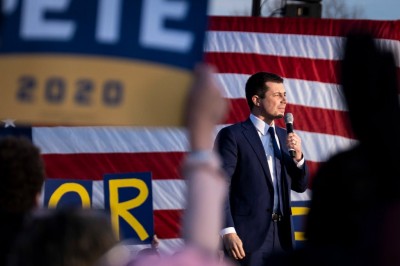 New York Times: SELMA, Ala. — Pete Buttigieg, the former small-city Indiana mayor and first openly gay major presidential candidate, has decided to quit the Democratic race, a person briefed on Mr. Buttigieg’s plans said on Sunday, following a crushing loss in the South Carolina primary where his poor performance with black Democrats signaled an inability to build a broad coalition of voters.

Mr. Buttigieg, 38, narrowly won the Iowa caucuses early last month and came in a strong second place in the New Hampshire primary, exciting liberal white Democrats with his cool, hyper-articulate manner. But he never broadened his breadth of support in a party with a nonwhite base, and one that has veered leftward since 2018.