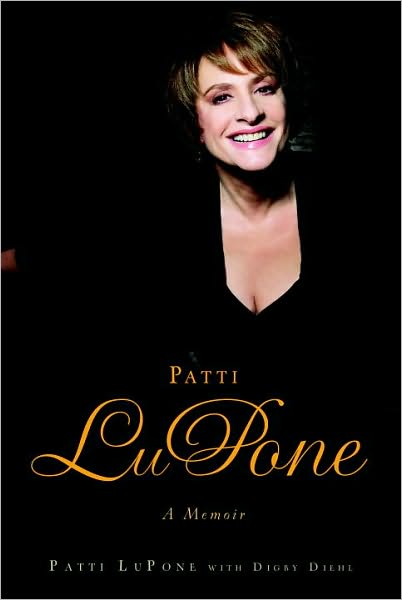 Patti LuPone really lets Andrew Lloyd Webber have it in her memoir for firing her from the Broadway production of Sunset Boulevard.

Her experience with the show – she originated the role of Norma Desmond in London – was a traumatic one from day one. I had no idea just how brutal Lloyd Webber and his company were to this great star but the experience makes for the two juiciest chapters in a very juicy book.
LuPone was contracted to star in Sunset for a year in London before opening the Broadway production.

Just before the opening of her London run, a second production starring Glenn Close in Los Angeles was announced. As we all know, Webber  decided to give Close the Broadway role and LuPone found out about it by reading the new in Liz Smith’s column!
Here is an excerpt from her book about what happened when she found out. She starts off by saying, “I didn’t take it well.”

From the outside, I’m sure it sounded like all hell had broken loose in my dressing room, which in fact it had. I was hysterical … I took to batting practice in my dressing room with a floor lamp. I swung at everything in sight in sight — mirrors, wig stands, makeup, wardrobe, furniture, everything. Then I heaved a lamp out the second-floor window.

I said, “I’m not going on tonight, I don’t know when I’ll return.’ I was sobbing. I do remember cast members hearing the screams and sobs and coming in and trying to console me, hugging me and feeling helpless.
Patti stayed away for 2-3 days but had a contract and honored it by appearing for another month on the London stage and being nominated for an Olivier Award.
Lloyd Webber never spoke with LuPone face-to-face but did write her a pair of letters and in the second one suggested she replace Glenn Close in the Los Angeles production when she went to Broadway.
Writes Patti: “If there could have been a bigger slap in the face, I’m not sure what it would have been.”

LuPone takes a few jabs at Close who she notes was concerned about not being seen as some kind of backstabbing Eve Harrington for All About Eve. 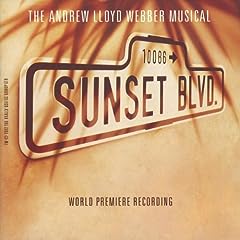 “Well, if you don’t want to be seen that way, pick up the phone and tell me how terrible you feel about all of this. Which she never did. Never. Do I think Glenn Close was complicit in what happened to me? Hard to say. But I do know is that from the time she was announced, I never heard from her. No, “Good luck from one Norma to another,” no “Congratulations on your opening.” no “I’m sorry for what happened to you, but I had nothing to do with it.” Nothing. You might think it would have been a common courtesy, if nothing else.”
LuPone was prepared to drag Lloyd Webber through the New York courts system in a breach of contract suit and ended up with a hefty settlement.
We all know she recovered beautifully with Broadway triumphs in Master Class, Sweeney Todd and Gypsy and is back on Broadway in the new musical Women on the Verge of a Nervous Breakdown.

I’m not completely finished with the book but I literally could not put it down and have already tore through the chapters on Life Goes On (she hated the dude who played her husband!) and The Baker’s Wife (what a nightmare!), Les Miserables, Gypsy and Sweeney Todd. I’m saving saved the Evita chapter for last.