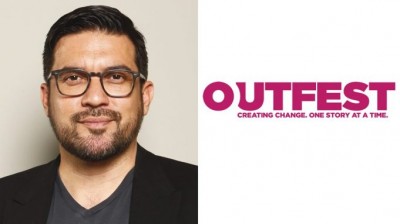 Damien Navarro, a content development and digital media executive, has been selected as the new executive director of Outfest, Deadline Hollywood reports. The move comes after an eight-month search to replace Christopher Racster, who is exiting the role at the conclusion of the nonprofit organization’s flagship event, the Los Angeles-based Outfest Los Angeles LGBTQ Film Festival, which this year runs July 18-28.

He was selected by a search committee of current and former Outfest board members from more than 24 candidates, and when he takes over later this month will be tasked with overseeing the organization’s programs, staff, fundraising efforts, fiscal management and day-to-day operations.