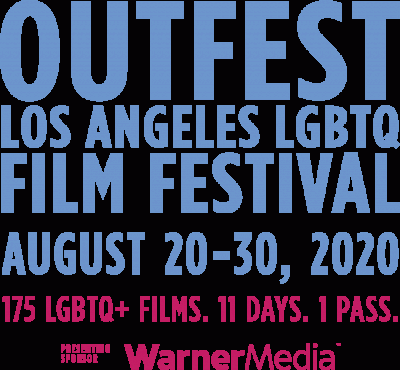 It’s just not summer without Outfest – even during a pandemic.

Outfest Los Angeles LGBTQ Film Festival announced today an outdoor program and streaming platform to bring 160+ films, including 35 world premieres, 10 North American premieres and 4 U.S. premieres to Los Angeles for 2020. This year’s festival will run August 20-30, and will be accessed via www.outfestla2020.com for one All-Access Pass, with new centerpiece films, premieres, and hand-curated programs debuting daily. Select packages of Festival Favorites will also be available for direct purchase. 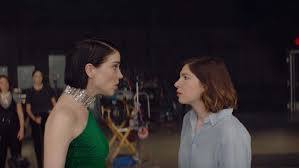 For the outdoor cinephiles, the “Outfest LA Under the Stars”, drive-in experience will take place at the stunning Calamigos Ranch in Malibu, where for two extended weekends the Festival will be hosting a series of drive-in screenings across six-nights on two lots, including both kick-off and closing events. Drive-in screenings will launch with a special, drive-in only Los Angeles premiere of Sundance 2020 title The Nowhere Inn, starring musicians Annie Clark and Carrie Brownstein in a reality-bending send-up of Clark’s musical persona, St. Vincent. Look out for the announcement of other “Outfest LA Under The Stars” drive-in experiences in the coming weeks.

The digital portion of the festival will be powered by the Vimeo OTT platform, making it accessible across all major platforms, viewers at home will also be able to customize their own festival experience, with a personalized watch list tool, on-demand viewing, and simple navigation that have become the standard for rich in-home entertainment experiences. 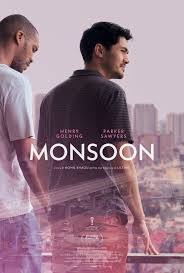 Outfest’s Closing Film will be the world premiere of Outfest alum Travis Fine’s (Any Day Now) century-spanning triptych Two Eyes, in which queer and trans-identified people from three different time periods in the American West discover how their identities fall within a multitude of sexuality and gender expressions. The film’s ensemble includes Kiowa Gordon (The Twilight Saga), Benjamin Rigby (Alien: Covenant), Nakhane Toure (The Wound), musician Ryan Cassata, and non-binary activist and performer Kate Bornstein. The film will premiere both on the digital platform and as the final drive-in feature.

A mix of pre-recorded and live virtual Q&As are expected with cast and crew across all programs. 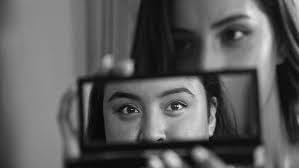 Program highlights also include the top Teddy Jury Award winners from the 2020 Berlinale: Faraz Shariat’s No Hard Feelings and Patric Chiha’s If It Were Love; a drive-in only screening of Sundance selection La Leyenda Negra; the North American premiere of Eric Steel’s Berlinale selection Minyan, Jen Rainin’s doc Ahead of the Curve about legendary Lesbian magazine Curve, Olivia Peace’s Slamdance selection Tahara, and the world premiere of documentary Cured, about the group of activists who successfully campaigned to remove homosexuality from the American Psychiatry Association’s list of mental illnesses. Cured was recently optioned for adaptation into a limited series by Pose co-creator Steven Canals, who will moderate the Q&A with the film’s directors and participants.

Outfest LA’s Platinum section will continue its tradition of highlighting the cutting-edge, avant-garde and experimental work coming from the queer community, with features including Toronto Film Festival selection The Twentieth Century, and a showcase of experimental short films guest curated by producer, performer, and actor Zackary Drucker. 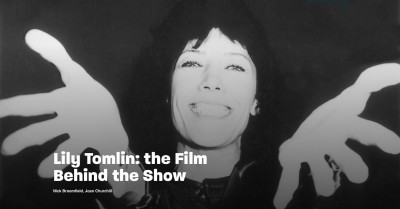 Outfest’s Legacy Project will feature repertory films not currently available on streaming. The long-unavailable 1986 doc Lily Tomlin: The Film Behind the Show, which chronicles Lily Tomlin and her life partner Jane Wagner’s creation of their hit Broadway show “The Search For Signs of Intelligent Life in the Universe,” will screen, with Tomlin, Wagner, and the film’s co-director Joan Churchill participating in a live virtual Q&A. An HBO Original Film, Cheryl Dunye’s Independent Spirit Award-nominated Stranger Inside (2001) will be available for free throughout the festival’s run, with Dunye and producer Effie Brown joining for a live virtual Q&A.

And in Special Events, bio-doc Three Chords and a Lie about gay country music artist Brandon Stansell’s return to his conservative hometown will screen, alongside a live, drive-in concert by Stansell. Outfest LA will also world premiere Emmy-nominated actor Scott Turner Schofield’s one-man show Becoming a Man in 127 Easy Steps, in which viewers can interactively choose which of Schofield’s 127 segments they can experience as they watch.

“In this brand new, uncharted territory of digital festivals, we are honored that so many wonderful films have entrusted Outfest LA to be their festival home,” said Mike Dougherty, Outfest Director of Festival Programming. “I’m incredibly excited that this stunning array of diverse talent – which represents Outfest’s continued mission to showcase the best work from LGBTQIA+ artists – will be more accessible than ever before.”

“This year’s film festival is not only a reflection of Outfest’s historic trajectory – mixing innovation with media to cast an ever-widening net of diverse and global stories – it is also a testament to Outfest’s commitment to thrive in a moment in which the future of live events, independent film, and our own rights are threatened. We must continue to create opportunities for our LGBTQIA+ storytellers to navigate the tumultuous environment of entertainment, media and communications, year round,” said Damien S. Navarro, Outfest Executive Director.

As a nonprofit organization, Outfest relies heavily on the Outfest Los Angeles Film Festival to support its year-round activities. This year it will offer a $59.99 Festival pass that will provide viewing access to all the films and panels as well as a subscription to Outfest’s new streaming platform for the next year.