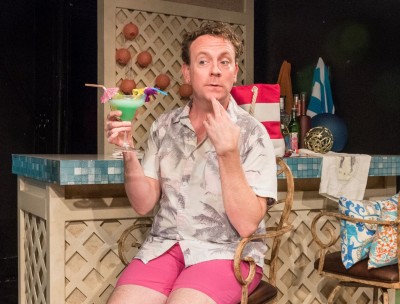 The complete programming lineup for the 2018 Outfest Los Angeles LGBTQ Film Festival has been announced. This is the nation’s leading LGBTQ festival and it will be held July 12-22.

With two thirds of this year’s content directed by women, people of color and trans filmmakers, Outfest Los Angeles once again brings together the highest quality of LGBTQ films in the world.

“I am incredibly proud of all the ways Outfest Los Angeles continues to step onto a larger stage,’ says Outfest Executive Director Christopher Racster. ‘This year, the Academy of Motion Pictures Arts and Sciences named Outfest as an Academy-Award qualifying film festival for their Short Film Awards. This recognition acknowledges our long history of discovering extraordinary short films, and the talented filmmakers who have used Outfest as a platform to launch their careers.”

Racster adds: “Providing access to content remains at the heart of what we do as an organization. This year we have worked to ensure that all of our community — and our allies — can access our programming. With that in mind, this year’s festival will be in more of Los Angeles neighborhoods than ever before. We are thrilled to be at new venues for festival including Plaza de la Raza, the Academy’s Samuel Goldwyn Theater, the California African American Museum, Regal Cinemas at LA Live, and to be returning to newly renovated Ford Theatres for screenings under the stars.”

Outfest Los Angeles’ documentary section shines a light on unsung communities, including Alina Skrzesewska’s Game Girls which follows a couple as they struggle to navigate life in Los Angeles’ Skid Row, to the much anticipated SXSW Audience Award winner Transmilitary about those fighting for an equal chance to service their country. The proactive experimental film section, Platinum, continues to highlight boundary-pushing work with Myyki Blanco and SSION teaming up to create a new short film No Leash and a feature documentary by performance artist, Narcissister, in Narcissister Organ Player. The infamous Alchemy Party returns, this year at Navel, with 13 performers including Dorian Electra, Saturn Rising, and Slather Factory’s Bebe Huxley, and The Uhuruverse who will stretch your musical imagination. 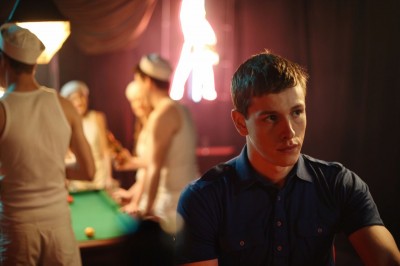 The festival will also return to The Ford Theatres. These screenings will kick off on July 18 with a screening of Bad Reputation, a documentary about Joan Jett; then Documentary Centerpiece, When the Beat Drops, followed by Postcards from London and concluding with Wild Nights with Emily featuring Molly Shannon. The Closing Night Gala The Miseducation of Cameron Post will screen at The Theatre at Ace Hotel.

This year, Outfest launches its first dedicated episodic section with 13 TV series. Special events include the 2nd Annual Trans Summit with Oscar nominated and Emmy Award-winning director and producer Yance Ford as the keynote speaker; the Focus On Taiwan event showcasing a collection of Taiwanese films including Bao Bao and Alifu, The Prince/ss; free screenings of films Believer, a documentary from Imagine Dragons frontman, Dan Reynolds, They, a family drama from director Anahita Ghazvinizadeh and Showtime’s Beyond The Opposite Sex, the long-awaited sequel to groundbreaking film, The Opposite Sex.

Lastly, OutSet: The Young Filmmakers Project from Los Angeles LGBT Center and Outfest, will be premiering five new shorts on Sunday, July 22nd. Now in its sixth year, the OutSet program empowers youth ages 16-24 to share their stories though film.