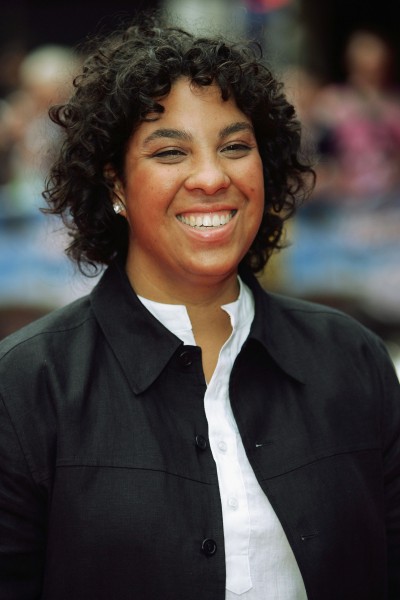 The Outfest Los Angeles LGBTQ Film Festival is always one of my favorite times of the year.

I see as many movies and attend as many programs as I can and bask in being among my people for 10 days or so.

Outfest has just made a few announcements regarding this summer’s festival which will be held July 12-22, 2018.

The festival will open with Matt Tyrnauer’s vibrantly nostalgic documentary, Studio 54, featuring interviews with many of the legendary nightclub’s famous patrons, as well as those who worked behind the scenes during its heyday.

On opening night, Angela Robinson, a celebrated filmmaker and champion of LGBTQ rights, will receive the Achievement Award. This is Outfest’s highest honor and is presented in recognition of a body of work that has made a significant contribution to LGBT film and media. In a time where women still only make up a fraction of directors, Robinson has carved a space for herself in both film and television, and frequently deals with LGBTQ topics in her work, such as D.E.B.S., The L Word, Herbie Fully Loaded, True Blood, How to Get Away with Murder, and most recently Professor Marston and the Wonder Women.

“Outfest has a long and important legacy of launching filmmakers careers. I am incredibly proud that we have the opportunity honor an amazingly talented woman director whose career started at Outfest, ‘ says Outfest’s Executive Director Christopher Racster. “Angela has forged a unique path of success within the industry. When jobs are hard to come by for women directors, Angela has blazed a path in high-profile television series, lauded independent films and major studio movies. Her unique vision, her sharp humor, and her humanity are constantly on display in each move she makes. Angela’s work is always fresh, intelligent and groundbreaking.”

Robinson said in a statement: “It is such an honor to receive the Outfest Achievement Award this year — I premiered the first short film I ever made at Outfest and every film I’ve made since. It’s a joy to be recognized by Outfest in this way so many years later.”

Outfest’s Direct of Programming Lucy Mukerjee says of the gala selections: “After scouring the world for the past year to find the best LGBTQ films, our galas capture that queer pioneering spirit that lives across the ages. From our Opening Night Studio 54, where we learn the back story of the vibrancy that Steve Rubell and Ian Schrager brought to creating a safe haven for LGBTQ folk to the urgency of expression in When the Beat Drops from long-time choreographer Jamal Sims, we see that freedom of identity cannot be held down. Even something as simple as coming of age in We Are Animals looks at new territory in Jeremiah Zagar’s deft hands. The breadth of our galas this year also continues Outfest’s commitment to celebrate female voices including the work of acclaimed director Anne Fontaine and Desiree Akhavan’s sophomore effort, proving once again we will be seeing exciting things from her for a long time to come. I am thrilled we are bringing back the Platinum Centerpiece – Our Future Ends – which combines many genres to tell a story about how to keep a culture from extinction. Happily our queer culture is far from that place!”

The complete lineup for the 2018 Outfest Los Angeles LGBTQ Film Festival will be announced the first week of June.