Outfest 2018: Festival opens tonight with “Studio 54″ – check out what else Greg in Hollywood plans to see! 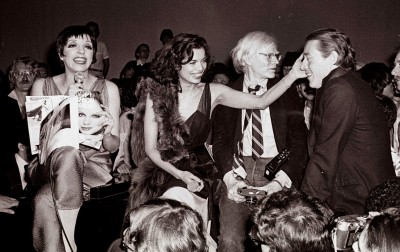 I haven’t missed an opening night in 15 years and can’t think of a single year where I did not have a fabulous time. It kicks off 11 days of films, panels, and parties for a period that I have been known to call “Christmas in July.” I love that I get to spend so much time with my people watching films about my people.

If you have not been to the festival before, check out the schedule HERE and get yourself some tickets! I’ll be posting recaps on the blog as well as one my Facebook and Instagram pages throughout the festival. The Advocate and Out.com have posted some of their picks for the festival.

So far, I have tickets for Postcards from London, 1985, Bitter Melon, Scotty and the Secret History of Hollywood, Bright Colors and Bold Patterns, Riot, That Night of November, and We the Animals and will most certainly see other films and attend some panels as well.

I’ve already seen the documentary Every Act of Life about the Tony-winning playwright Terrence McNally and highly, highly recommend.

Tonight’s opening night film at the Orpheum Theatre in downtown LA is the documentary Studio 54 which originally premiered at Sundance Film Festival this past January.

Directed by Matt Tyrnauer, the documentary follows the journeys of club owners Ian Schrager and Steve Rubell along their domination of New York City’s nightlife scene in the 1970s. The film Includes never before seen footage of the famous party space and interviews with both club owners and the seminal artists who performed there.

The film’s official synopsis reads: “Studio 54 was the epicenter of 70s hedonism—a place that not only redefined the nightclub, but also came to symbolize an entire era. Now, 39 years after the velvet rope was first slung across the club’s hallowed threshold, a feature documentary tells the real story behind the greatest club of all time.”

Below is the trailer: