Outfest 2016: My chat with the director of ‘Raising Zoey’ which has its world premiere at REDCAT on Sunday 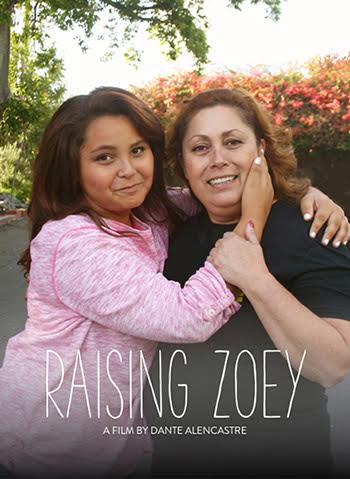 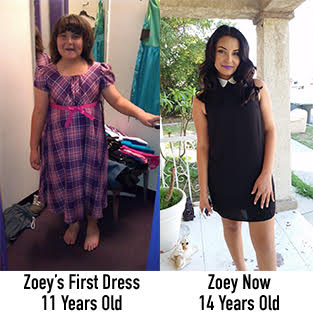 I’m very excited for filmmaker Dante Alencastre because tomorrow his latest documentary, Raising Zoey, will have its world premiere at Outfest.

With the help of her mother Ofelia, her older sister Leticia and the ACLU, Zoey fought school officials for her right to self-identify in school even in the face of bullying and endless teasing from both school officials and students.

In 2014, Zoey won her case, setting a precedent for other school boards to follow.

‘This film provides a face to the issue,’ Dante told me recently. ‘And it’s especially important because of what’s happening in the national arena.’

The filmmaker is referring to anti-LGBT legislation in parts of the US including, most notoriously, a law in North Carolina that bans transgender individuals from using the bathroom of the gender which they identify.

Raising Zoey spans a year in the life of the Downey teen – from July 2014 through July 2015 as she wins a case against her school district for discrimination, begins hormone treatments and publicly advocates for change with her mother and sister always by her side.

He also says the movie is about a Latino single mom raising her child with unconditional love: ‘She gave birth to her and has to accept her. You should love what you get. That’s the biggest message of all.’

Dante has been to Outfest before as his 2007 film En El Fuego (In the Fire) won the Audience Award that year. He then returned to Outfest in 2013 with Transvisible: Bamby Salcedo’s Story.

The Outfest screening of Raising Zoey takes place on Sun, July 10th at 3:00pm at the REDCAT. I’m told it’s already a sellout but you might be able to score a seat via standby line.

For tickets and more information go to Outfest.org.