Outfest 2014: My interview with Frankie Valenti (aka Johnny Hazzard) about “Tiger Orange” 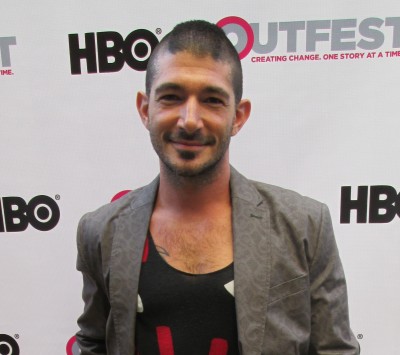 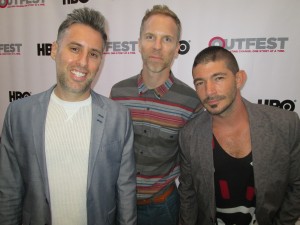 Tiger Orange is one of the Outfest movies that I’ve been able to see ahead of its world premiere on Friday at the Ford Ampitheatre.

We then met, in person, just a few hours later on the red carpet of Outfest on opening night.

I was mighty impressed with the acting of Hazzard and co-star Mark Strano who co-wrote the script with the film’s director Wade Gasque (they are pictured in photo #2).

Hazzard is billed as Valenti in the film but I’ll refer to him by his better-known name for now.

‘There’s no one else in my field who has done anything like this,’ Hazzard told me. ‘This was my chance to break through and show ‘em what I got.’

‘We just hit it off and had the dynamic of the characters,’ Strano says. ‘We just had a great time together, he was super professional which was awesome. But yeah, I had this fear that it might be some coked-up ex-porn star. But it was good to work with him, actor to actor. He knew what he was doing.’ 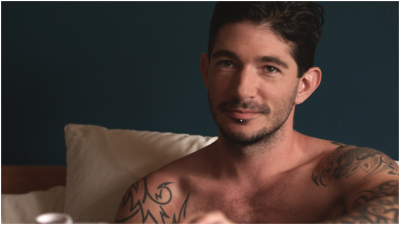 Hazzard, 36, has no intention of doing so unless he can make a living with mainstream jobs.

‘Obviously it’s something I’d like to leave behind,’ he admits. ‘But I’ll still continue to do it on the side until there’s some other (income) source. It’s good for my taxes so my accountant can write off my life.’

‘Things are different now,’ Hazzard says. ‘I’m lucky to be here in this time. I am beyond stoked and this film is a huge accomplishment.’

‘I’d like to say that they would be pleasantly surprised.’

Wanda Sykes on first gay person she saw on TV