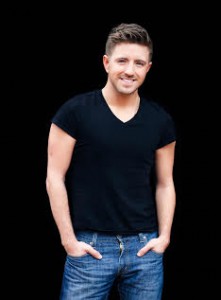 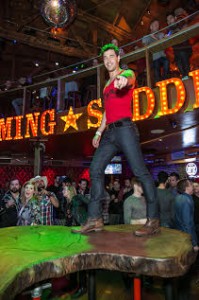 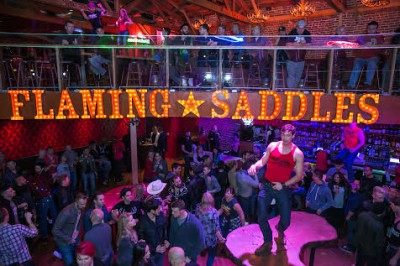 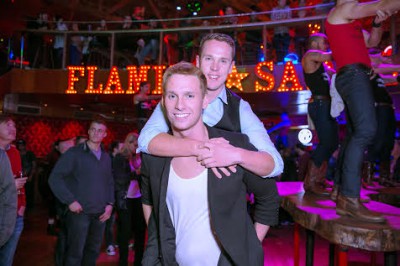 Flaming Saddles has quickly become one of my favorite places to visit in West Hollywood.

Where else can you see the hunky bartender who just made you a drink just moments later jump on a stage and do a sexy country-western dance?

Tomorrow night is a big party that will feature the first public appearance by country music singer Billy Gilman (pictured above, left) since he came out publicly last fall.

Billy and the owners of Flaming Saddles will both be presented with proclamations from the City of West Hollywood.

The owners are Chris Barnes and Jacqui Squatriglia whose New York location of Flaming Saddles is wildly popular, They have made it their mission to break down the cultural barriers of one of the last bastions of homophobia: the country music genre.

“We are passionate about being vocal allies for the LGBT community,’ the couple said in a joint statement. ‘We love country-western music and if we can be a small part in the fight against homophobia, then we will.”

To learn more about the remarkable owners, see a column they penned for The Advocate.