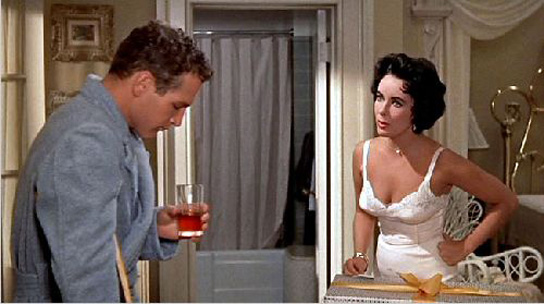 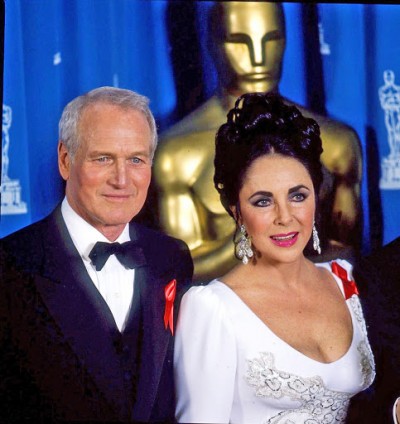 The year was 1992 and the still-dazzling pair of Paul Newman and Elizabeth Taylor were an inspired choice to present the Academy Award for Best Picture which went to The Silence of the Lambs.

They had starred together in 1958′s Cat On a Hot Tin Roof and both were nominated for Oscars for their performances. They went on to become Oscar royalty. Newman was a 10-time nominee and won Best Actor in 1987 for The Color of Money. A year earlier, Newman had been presented with an Honorary Oscar In recognition of his many and memorable and compelling screen performances and for his personal integrity and dedication to his craft. Then in 1994, he was the recipient of the Academy’s Jean Hersholt Humanitarian Award.

Miss Taylor was a five-time nominee and won Best Actress in 1961 for Butterfield 8 and again in 1967 for Who’s Afraid of Virginia Woolf? In 1993, she was the recipient of the Academy’s Jean Hersholt Humanitarian Award.

At the time of this appearance, Newman was a still-dashing 67 and still starring in major films. Miss Taylor, who had just turned 60, was still stunningly beautiful but had mostly left acting behind to focus on being oner of the world’s leading AIDS activists.