For her 74th birthday, 74 things I love about Cher! 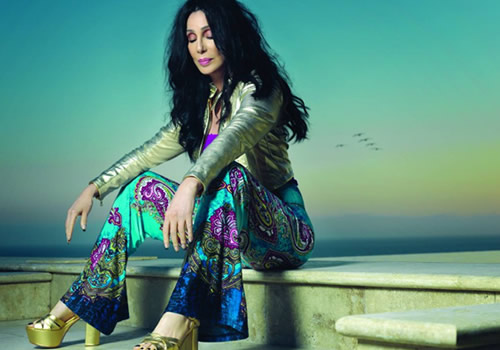 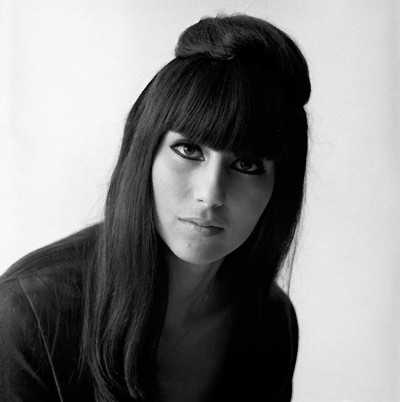 Glorious, stupendous, ageless Cher turns 74 today and is as fabulous as ever.

The Oscar, Emmy and Grammy award-winning legend who has had at least one number one single in each of the last six decades was still dazzling on tour and in Los Vegas this year before the COVID-19 pandemic stopped everything.

As a tribute to this icon, I’ve come come up with 74 reasons why I love Cher.

Feel free to add your own in the comments section!

1. “Snap out of it!” (classic line from Moonstruck) 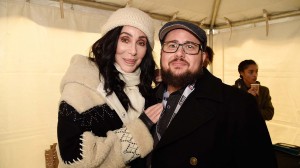 3. She’s the mother of trans activist and actor Chaz Bono

4. The emotional eulogy she gave at ex-husband Sonny Bono’s 1998 funeral

5. When she wore a huge feather headdress and a midriff baring outfit to the 1986 Academy Awards – the year she was snubbed for Mask.

10. Gypsies, Tramps and Thieves (1971 single, the third biggest hit of her career)

14. In 1987, she teamed up with Sonny to sing I Got You Babe for the first time in ten years on Late Night With David Letterman. It turned out to be the last time they performed together.

17. Her candor in interviews 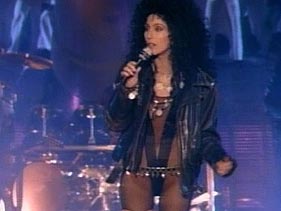 18. The If I Could Turn Back Time video with hundreds of sailors and an outfit as skimpy as a bikini

20. The Disco-era hit single Take Me Home in 1979. The album cover memorably featured Cher in a scantily clad Viking outfit on its cover

21: After All, 1989 duet with Peter Cetera, is Cher’s best duet with anyone other than Sonny Bono

23. Underrated straight dramatic performance as a public defender in the 1987 film Suspect

25. The Bob Mackie-designed black-sequined gown she wore the night she won the Academy Award for best actress for Moonstruck.

26. The generous shout-out she gave to Silkwood co-star Meryl Streep during her Oscar speech

27. She has sold more than 100 million solo albums and over 40 million records as Sonny & Cher worldwide

28. She said no to performing at the Winter Olympics in Sochi because she didn’t want to upset her gay fans

29. The stupendous performance of The Star Spangled Banner at the 1999 Super Bowl 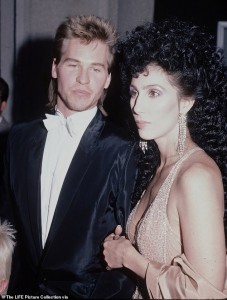 30. The 1988 hit single I Found Someone which marked a return to the charts after a recording hiatus

31. The anthem Song for the Lonely

36. She dated Warren Beatty when she was 16. They met when they had a fender bender in LA

37. As an unknown teen, Cher worked for Phil Spector and sang background on such classic hits as The Ronettes’ Be My Baby and The Righteous Brothers’ You’ve Lost that Lovin’ Feelin’

38. Cher’s gutsy move in the early 1980s to give up lucrative Vegas gigs to move to New York and appear in the play Come Back to the Five and Dime Jimmy Dean Jimmy Dean

39. She was honest enough to admit that not being nominated for an Oscar for her acclaimed performance in 1985′s Mask ‘pretty much killed me’

40. Her wonderful mid-70s guest turn on The Carol Burnett Show 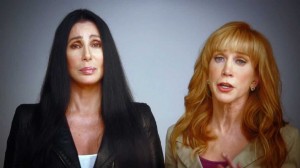 41. Cher’s gorgeous rendition of Smoke Gets in Your Eyes in the 1999 film Tea With Mussolini

42. She rides a motorcycle

43. She’s been BFF’s with Kathy Griffin and Diana Ross at different stages of her life

45. The glorious 1972 hit ballad The Way Of Love which Cher still performs in concert with her three other early 70s solo hits.

46. In 1978, she saved us all a lot of trouble and legally changed her name from Cherilyn Sarkisian La Piere Bono Allman to Cher.

47. Her eccentric character with the fabulous 1960s wardrobe and hair in the 1990 film Mermaids.

48. Cher continues to sing her 1989 hit Just Like Jesse James in concert even though she hates singing a song with so many words – but the fans love it.

49. Her ‘Follow this bitches’ routine from the first Farewell Tour

50. The teasing banter between her and then-husband (then ex-husband) Sonny Bono at the start of their TV variety show.

51. Cher’s #1 hit in the UK: The Shoop Shoop Song from the film Mermaids

52. The time she called David Letterman an ‘asshole’ on his NBC show

53. Her directorial debut in the 1996 film If These Walls Could Talk in which she gave a Golden Globe Award-nominated performance

54. The fact that after making records for more than 50 years, her 2013 release Closer to the Truth became her highest-charting solo album in the US up until that time

55. Cher’s first solo single, Ringo, I Love You was released under the name Bonnie Jo Mason. We love Cher for going back to her real name after that – a shortened version of Cherilyn

56. This classy line from her Oscar acceptance speech: ‘I don’t think that this award means that I’m somebody, but maybe I’m on my way’

57. She started her own mail-order business, Sanctuary, selling Gothic-themed products, back in the 1990s

58. Her tremendously readable 1998 book The First Time, a collection of autobiographical essays of ‘first-time’ events in her life

59. The childhood nickname she and sister Georgianne LaPierre still call each other by: ‘Stupid’

60. A year after the release of Believe, Cher released Not.com.mercial on her website after her record label rejected it for being uncommercial. She wrote the songs after attending a songwriters’ conference in 1994

61. Her hilarious performance as a fictionalized version of herself in the 2003 comedy Stuck on You starring Matt Damon and Greg Kinnear 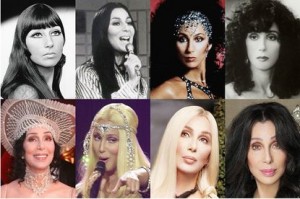 62. When she was thinking of leaving Sonny and fearful of public backlash, she called Lucille Ball for advice since she too had left a husband who was her TV partner

63. The glorious Golden Globe Award winning ballad You Haven’t Seen the Last of Me from the film Burlesque

64. The 1998 CBS special Sonny & Me: Cher Remembers in which she paid affectionate tribute to Sonny Bono who had died that year

65. Her glorious version of U2′s I Still Haven’t Found What I’m Looking For which she used to open her Believe and her farewell tours.

66. Passionately political, Cher has been known to call into TV shows on CNN and CSPAN and is a vocal critic of Donald Trump.

67. She had the guts to say she is not a fan of Miley Cyrus’ new look.

68. The B side of Take Me Home, a song she wrote about ex-husband Gregg Allman called Too Far Gone.

70. Her just-released Spanish-language version of Chiquitita as a single with proceeds going to UNICEF.

71. The 2018 album Dancing Queen (all ABBA covers) which debuted at number three on the Billboard 200.