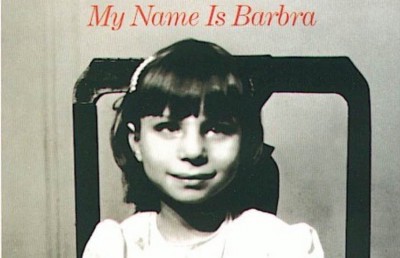 It is somehow true that this multiple Oscar winner, Grammy winner and Emmy winner has reached this age today but doesn’t look it or act it. She is simply ageless.

Her many gifts are still intact and while she has given us so much over the years, we know there is still much more to come.

Here are 78 things I love about Barbra!

1. Her stupendous rendition of You’ll Never Walk Alone at the 2001 Emmy Awards – just a short time after the 9/11 terrorist attacks.

2. The belting out of My Man in Funny Girl. We believed every word.

3. She has a gay son! He’s the amazing singer Jason Gould.

4. The fabulous surprise cameo at the end of the Madonna/Rosanne Coffee Talk sketch on Saturday Night Live in 1992.

5. The dramatic surprise Grammy Awards duet of You Don’t Bring Me Flowers with Neil Diamond.

6.  The “Your girl is lovely Hubbel” line from the final scene in The Way We Were.

7.  Her dedication to raising awareness – and money – for women’s heart health.

9. Her opening number from her comeback 1994 concert tour: As If We Never Said Goodbye from Sunset Boulevard.

10. The Broadway Album for which she won a Grammy.

11. Back to Broadway album.

12. Her house has its own basement mall and inspired the play Buyer & Cellar.

14. Her stepson is handsome Josh Brolin.

16. The No More Tears (Enough is Enough) duet with Donna Summer.

17. The 1986 concert she had in her backyard in Malibu and made into album One Voice.

22. Glorious How Deep Is the Ocean duet with son Jason Gould.

23. The first words of her Oscar speech when she won for Funny Girl: ‘Hello, gorgeous!’

25. The hiccups scene in The Owl and the Pussycat.

26. Somewhere from The Broadway Album.

28. The lunch scene with Brenda Vacarro from The Mirror Has Two Faces and they split the salad and the hamburger in a nod to one of them no longer being heavy.

29. Despite being too young for the role, she made Hello, Dolly! memorable.

31. The performance of People in Funny Girl.

34,  The scene in A Star is Born when she tells Kris Kristofferson’s character who she has just caught cheating: “You can trash your life but you’re not going to trash mine.”

36. Her fingernails in The Prince of Tides.

37. The Tell Him duet with Celine Dion.

38. The tile underneath the throw rugs of her Malibu home matched the rugs (for when the rugs had to be sent out to be cleaned).

39. The moving scene with Lauren Bacall in The Mirror Has Two Faces when Streisand’s character asks her mother: ‘What was it like? To be beautiful.’ Bacall’s character admits: ‘It was wonderful.’

41. Smoke Gets in Your Eyes from the Love is the Answer album.

42. The crazy scenes with Dustin Hoffman in Meet the Fockers.

45. Her Donald Trump Send in the Clowns parody.

46. If I Could from Higher Ground album.

48. The dramatic courtroom scenes in the movie Nuts.

49. The self-indulgent but irresistible My Passion for Design coffee table book.

52. She took the second ‘r’ out of Barbara and declared herself ‘Barbra.’

53. How Lucky Can You Get from Funny Lady.

54. The Way He Makes Me Feel from Yentl.

55. Her taking on of the tabloids in the Don’t Believe What You Read on the Superman album.

56. 2010 appearance on The Oprah Winfrey Show when she had her microphone painted white behind Oprah’s back.

61. Back to Brooklyn TV special.

62. The ‘Till  I Loved You duet with then-boyfriend Don Johnson.

63. The scene in Yentl when Mandy Patikin’s character discovers that his male friend Anshel is really a woman named Yentl.

65. Appearance on The Rosie O’Donnell Show in 1997 that had Rosie in tears.

66. The infamous 60 Minutes interview with Mike Wallace during which he makes her cry.

68. When she returned to her Broadway dressing room a few years ago.

69. The see-though pantsuit she wore to the Oscars the year she won for Funny Girl.

71. Her rant about her children in Up the Sandbox.

72. Movie comeback in The Guilt Trip opposite Seth Rogen.

73. Every moment of the Don’t Rain on My Parade number from Funny Girl.

74. What Kind of Fool duet with Barry Gibb from Guilty album.

75. The cover of the Superman album.

76. Her 2018 appearance on opening night of the Paleyfest TV Festival in Hollywood where she was candid and funny with interviewer Ryan Murphy. I was in the audience and loved every minute of it!
77. Her vocal support of the most recent remake of A Star is Born starring Bradley Cooper and Lady Gaga.

78. She is the only recording artist to have a number-one album in each of the last six decades, having released 53 gold albums, 31 platinum albums, and 14 multi-platinum albums in the United States