On her 60th birthday, let’s take a look back at some of the many Jodie Foster movie memories 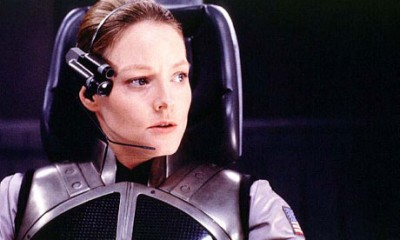 Time sure does fly.

Jodie Foster turns 60 today and she’s been an actress for just about all of her life.

She’s won Oscars for The Accused and The Silence of the Lambs and been nominated for Nell and Taxi Driver. She’s also starred in such box office hits as Panic Room, Contact, Maverick, Inside Man and Flightplan. I thought she was absolutely terrific a few years back in the film Hotel Artemis.

Jodie won the supporting actress Golden Globe Award ( and was surprisingly not nominated for an Oscar) for her first-rate performance as an attorney in The Mauritanian.

To celebrate her birthday – and her longevity, I’ve delved into the YouTube vaults for a sampling of scenes from throughout her career – all the way back to Freaky Friday and The Little Girl Who Lived Down the Lane.