On 35th anniversary of first AIDS death in US, Olympic diving legend Greg Louganis looks back 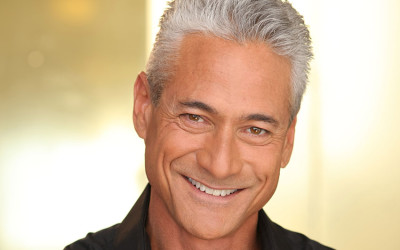 Diving icon Greg Louganis, who competed in the 1988 Summer Olympics just six months after finding out he was HIV-positive, took to Facebook today to share his story on the 35th anniversary of the first AIDS death in the US.

He won two gold medals in Seoul, Korea but writes that if ‘anyone known I wouldn’t have been allowed into that country at the time.’

Louganis, now 56, wanted badly to compete in his third and final Olympics because he didn’t think he had much more time to live. 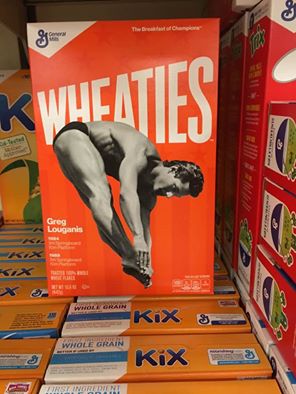 ‘This was a time, 1988, we thought of HIV/ Aids as a death sentence and I thought I would never see my 30th birthday,’ he writes.

Fast-forward five years after those Olympics: ‘In 1993, I was wasting, thinking this was the end. I agreed to have a “surprise” party for my 33rd Birthday, thinking I was saying good-bye to everyone, friends and family.’

It was on the day of the party that he finally told his mother about his diagnosis.

Louganis remembers: ‘She cried and said to me, “Mothers aren’t supposed to out live their sons” and once she composed herself she said, “Greg, you have beaten SO many odds, I am sure I have nothing to worry about, you will out live us all.”‘

His beloved mom, Frances Louganis, died from cancer in 2004.

Of the harrowing time between his diagnosis and the arrival of life-saving antiretroviral drugs in the mid-1990s, Louganis writes: ‘It was a series of many deaths, many memorials of friends and loved ones. I didn’t go to many memorials, I don’t know, out of guilt that I was still here, or not able to face the devastation to so many talented individuals and my own mortality.’

Louganis’ personal and professional accomplishments have been getting long-overdue recognition in recent years.

The HBO documentary Back on Board: Greg Louganis was nominated for an Emmy this year and boxes of Wheaties cereal featuring Louganis on the box hit grocery stores this week.

‘I am still here,’ he writes, ‘speaking, acting, writing, and looking forward.’