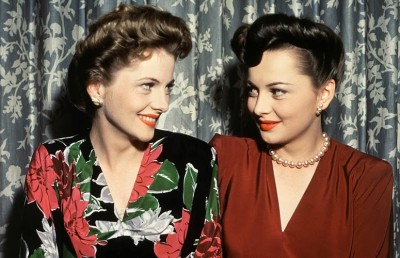 Maybe she assumed they would both live forever – or at least to be 100.

Two-time Oscar winner Olivia de Havilland, 97, released a statement from Paris today saying she was “shocked and saddened” by the death of her Oscar winning sister Joan Fontaine yesterday at the age of 96.

Miss de Havilland also stated she was grateful for “the many kind expressions of sympathies.”

It was no secret that these two film legends never got along but I found many photos online tonight where they appeared to be on friendly terms. The one at the bottom is from the mid-70s and they are with their mother, Lillian Fontaine and is believed to be the final image of them together.. 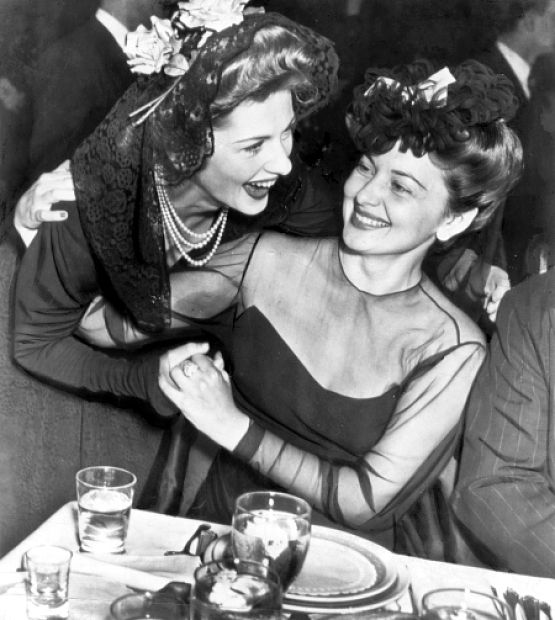 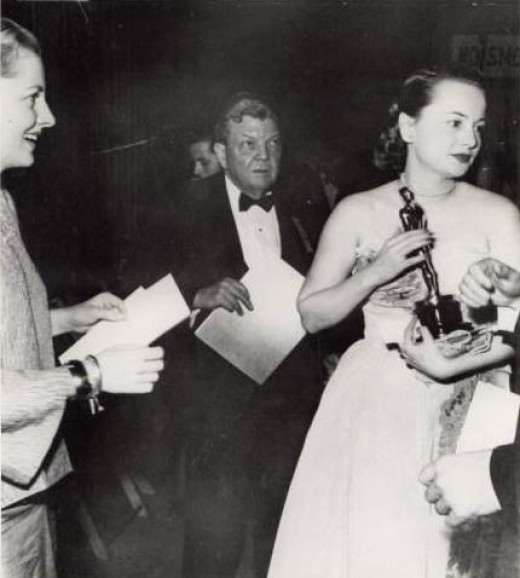 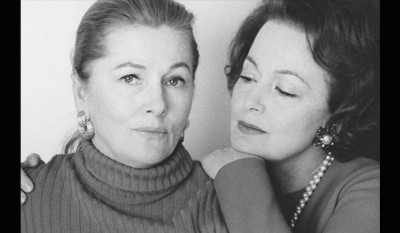 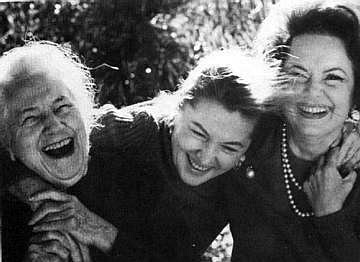