No, Anderson Cooper did not call Trump a ‘pathetic loser’ on Twitter – says his account was hacked 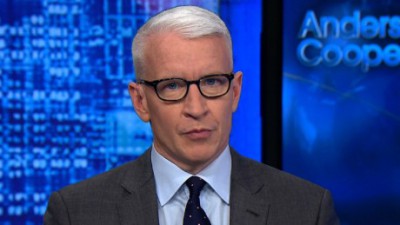 CNN anchor Anderson Cooper woke up this morning to find that he had called Donald Trump a ‘pathetic loser’ on Twitter. Only he hadn’t. Cooper explains: ‘Someone gained access to my twitter account. i have not sent a tweet in days or replied to any tweets. We are looking into how this happened.’ Trump on Wednesday morning tweeted that GOP Senate candidate Roy Moore worked hard in the Alabama special election, but that the “deck was stacked against him.”

“The reason I originally endorsed Luther Strange (and his numbers went up mightily), is that I said Roy Moore will not be able to win the General Election. I was right! Roy worked hard but the deck was stacked against him!” Trump tweeted.