Nico Tortorella talks with Tamron Hall about identifying as non-binary: “We were only given these two options. What if there’s more?” 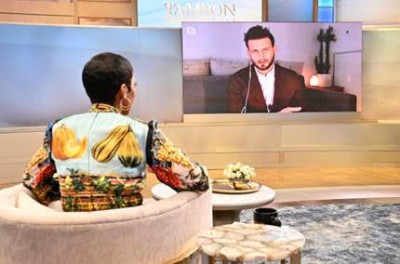 On today’s edition of Tamron Hall, Nico Tortorella joined Tamron for an important conversation about their decision to identify as non-binary, navigating their identity in Hollywood and the exciting chance to represent a queer character in their new AMC series “The Walking Dead: World Beyond.”

On what being non-binary means to them:

“Non-binary identity means something totally different to every single person who may or may not identify as non-binary, and that’s okay. The work around non-binary identity and gender is more for me about spirituality and self-determination. We were only given these two options. What if there’s more?”

On navigating identity in Hollywood and how they’ve learned not to let the issue of identity stop them from playing roles that might be considered more masculine:

“I’m an actor first, it’s my job to play other people on television and to quite literally transform into other beings and early on in my career I realized the more work that I can do internally to understand everyone and everything that existed inside, the more I can bring out. I could come out of sorts.”

On the difficult conversation of labeling and the misguided focus on identifying someone based on how they look, instead of how they feel:

“I think language continues to fail us all the time, it gets in the way of how we’re actually feeling. Unfortunately, within the community and outside the community we get so hung up on words and identifiers that we forget how we feel. This conversation, non-binary identity has to do with how we feel….and unfortunately that’s a hard conversation to have right now because we are still so focused on how we all look. I mean, we all can’t even agree just like at a basic level, that everyone no matter their skin color should have basic equal rights and opportunity, how can we begin to have a conversation about how we feel, if we can’t get past how we look?”

About the upcoming premiere of the spinoff series, “The Walking Dead: World Beyond” and their excitement about playing a queer superhero:

“I think 10 years later, the show is even more important. We have more zombies and walkers on television on the news than we do in Walking Dead. I have wanted to play a superhero for such a long time and I finally get that opportunity with Felix. This is a story maybe not about superheroes, but every human being is a superhero to some capacity, and I get to bring Felix to life.