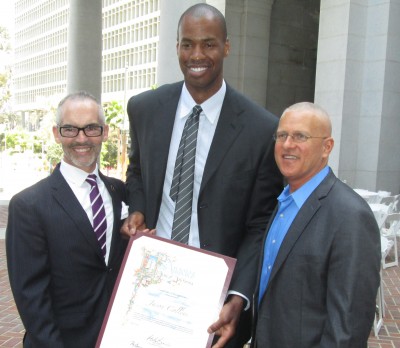 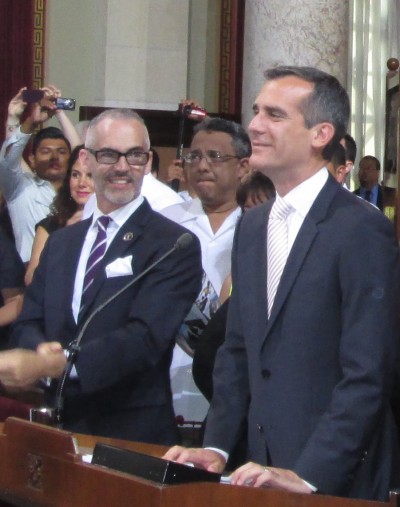 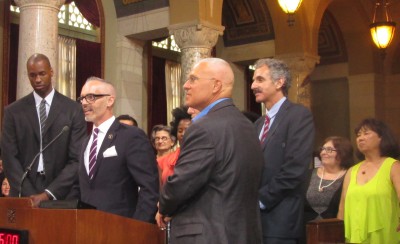 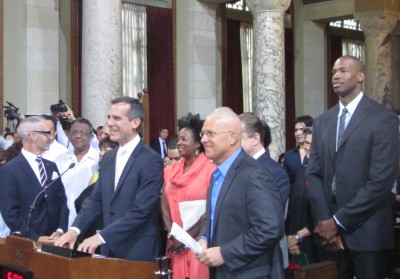 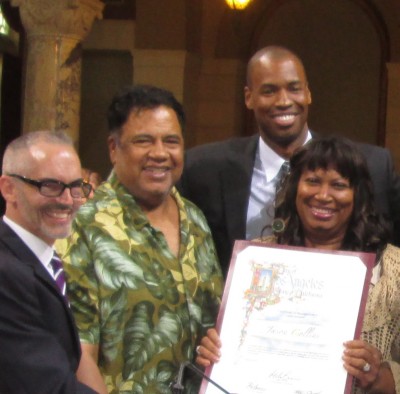 It was so satisfying to be at Los Angeles City Hall for the city’s LGBT Heritage Month kickoff celebration.

No matter how many of these types of events that I go to and want to feel jaded, I just can’t. It’s thrilling and inspiring to see what my fellow members of the LGBT community are out there doing – they are changing the world.

It brought back memories for me as it was six years ago that I was one of the honorees along with Wilson Cruz, Shelia Kuehl and others. I was recognized for bringing LGBT coverage to a mainstream newspaper (LA Daily News). Who was to know that 8 months later me and my LGBT coverage would be given the boot under new management and budget cuts?

But so much has happened since then.

When I got my award, the city had one openly gay councilman: Bill Rosendahl. Bill is a real pioneer and inspiration and although he wrapped up his term as a councilman last year, he was at today’s ceremony looking very good after a series of serious health issues.

His smile can light up a room.

Collins, of course, was the star attraction and he called his shy parents up to take a bow and they eventually joined him up at the podium. A funny moment happened with them. I had been invited to sit in the front row by one of O’Farrell’s aides but when Collins’ parents were invited to move up towards the end of the ceremony, I was ejected from my prime seat by an overzealous sergeant at arms!

Good grief! I seem to have fallen pretty far since being honored in 2008!

Anyway, to see what Jason said, go on over to my story posted on Gay Star News.

City Attorney Mike Feuer: ‘Your sexual orientation  need never be a barrier to achievement … realize the tremendous value you have.

Councilman Bonin: ‘We have come a long way baby. The change has been rapid and phenomenal. Ten years ago, gay marriage was legal nowhere in the US. Today, I need a scorecard to keep up. … None of us are free unless all of us are free.’

Councilman O’Farrell: ‘Let me just tell you it is great to be gay in LA!’

Honoree Denise Eger: ‘I’ve been witness to and participant in extraordinary change. There’s still so much to do together.’