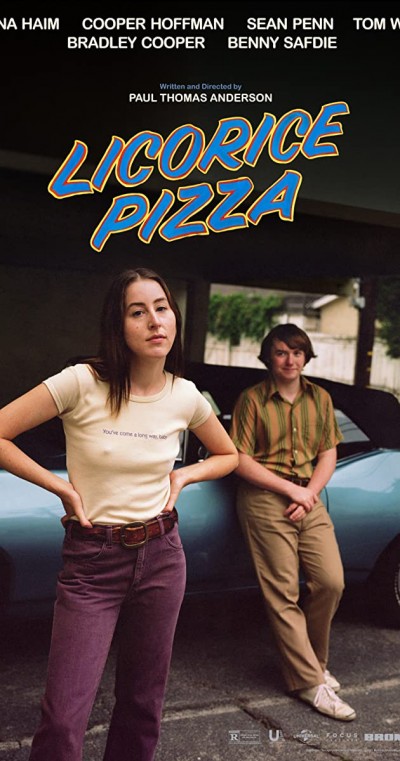 Set in the San Fernando Valley in 1973, the movie tells the story of 25-year-old Alana Kane and high school teen Gary Valentine and their odd but endearing and increasingly deep connection.

Their series of adventures are unpredictable and always interesting with Gary always chasing a new dream and aimless Alana along for the ride.

Haim and Hoffman carry the film but it is loaded with big stars in unexpected ways. In addition to Cooper, you will see Sean Penn, Maya Rudolph, John C. Reilly and Christine Ebersole, among others.

There has been justifiable backlash to the fake Asian accent one of the minor characters uses (not even remotely funny or necessary) but the real sour note for me is the gay assistant to Peters and Barbra Streisand who is a cringe-worthy, over-the-top gay stereotype to the highest degree. I sat there thinking, “Really?”

At least there are a few other minor gay characters in the movie who, not surprisingly for 1973, are closeted.

It’s a very enjoyable movie overall though, very original and surprising and you just go along for the ride and enjoy yourself. Licorice Pizza is currently in limited release and goes wide on Christmas Day.

Dolly Parton on Creating Hope & Giving Back: “Believe in Something Bigger Than Yourself”