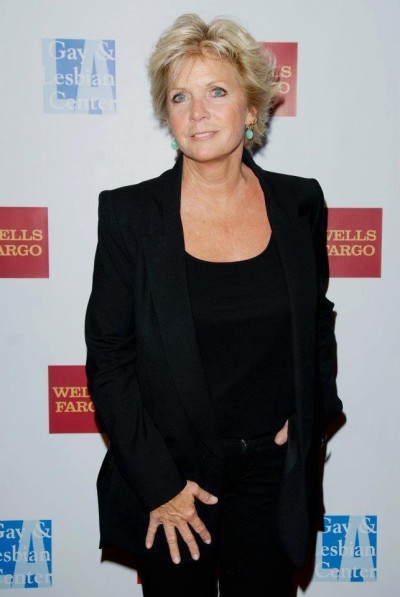 When Meredith Baxter and I chatted at the LA Gay and Lesbian Center gala over the weekend, the gifted actress who starred in Family Ties and The Betty Broderick Story told me she had no new acting gigs on the horizon.

“Not that I know of but it would be nice,” she said of future acting jobs. “Until then, I do a lot of speaking engagements. I speak on breast cancer and drug and alcohol addiction and domestic abuse and pro-choice. I’m out there and I learn my living in other ways right now and in ways that I didn’t know I would. I have something to say.”

Still, it just didn’t seem right for a woman who is a certified all-time TV star to not have a plethora of acting offers. So I was pleased to read on TVGuide.com a few days ago that Meredith will guest-star on ABC Family’s Switched at Birth.

But Meredith isn’t one to sit around waiting for the phone to ring. In addition to her speaking gigs, she wrote her autobiography, Untied, and it has been a huge hit. She’s been busy promoting it and doing book signings including the West Hollywood Book Fair last month.

“I get the best reaction,” she said of the book tour. “I could not have imagined that’s what it was going to be. I hadn’t written a book before so it was all new. The support has been astonishing. Women have been amazing. I guess I accidentally found out that I have a story to tell and something to pass on. And it’s not just about the coming out process but I talk about domestic abuse and drug and alcohol addiction and breast cancer. I’m kind of my own series of Lifetime movies.”