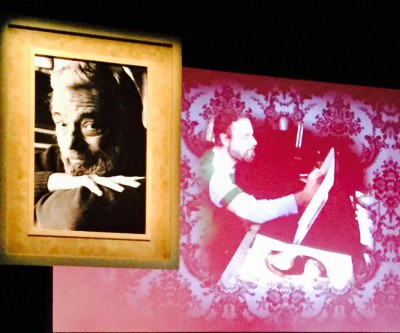 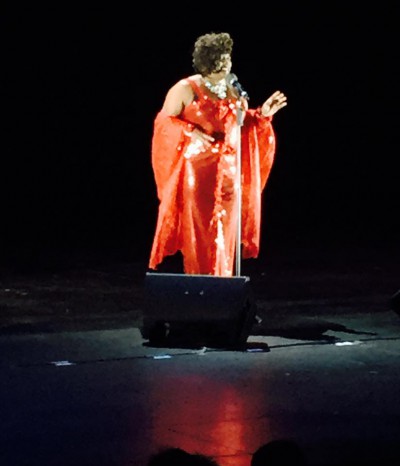 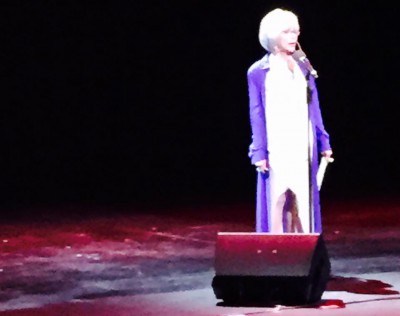 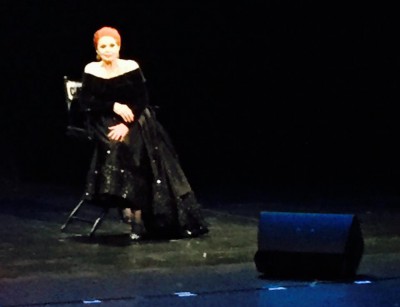 Last Saturday I attended the matinee performance of the annual S.T.A.G.E. benefit which was as terrific as ever.

As you all know, I love bigger than life divas and this year’s show, which featured the music of Stephen Sondheim, had three of my all-time faves in the line-up: Rita Moreno, Loretta Devine and Carole Cook.

They are just heaven and packed quite a wallop in the show’s stupendous second half.

MIss Devine, one of Broadway’s original Dreamgirls, knocked us out with a jazzy version of Send in the Clowns from A Little Night Music.

Trust me, it worked. If she ever records it, I will buy it!

Miss Moreno was next on stage and was emotional as she spoke of the Orlando massacre which took the lives of 49 people inside of a gay nightclub just a week earlier.

She said she’s hopeful that ‘evils can become fulcrum of change’ and dedicated her performance ‘to all my brothers and sisters – especially those from my country (Puerto Rico).’

An Oscar winner for West Side Story, she sang a gorgeous and haunting number from the movie: Somewhere.

The first half of the song she sang in Spanish then switched to English for the second half. I still can’t get it out of my mind.

Anyone who has attended the S.T.A.G.E. benefit over the years looks forward to seeing whatever the great Miss Cook brings to the stage.

This 92-year-old showbiz dynamo did a stupendous version of I’m Still Here from Follies which is always a show-stopper in the right hands.

Speaking of show-stoppers, also in the second half was Branden James (with James Clark) performing a breathtaking Being Alive from Company.

So powerful and emotional – especially since James told the world last year that he is HIV-positive.

Before he began to sing he said to the audience that he had first been diagnosed 10 years ago.

‘I thought I might die – I was desperate,’ he said. ‘We are now able to live long, healthy lives. I’m grateful for that and every day for simply being alive.’

Another absolute highlight was Alexandra Billings’ performance of Losing My Mind from Follies.

The transgender actress plays the part of Davina on TV’s Transparent and can really belt out a number.

She told the audience that she’s been living with HIV for more than three decades.

Miss Billings dedicated her performance ‘to all of our community who are no longer here. If we remember those people then they are never really far away.’ 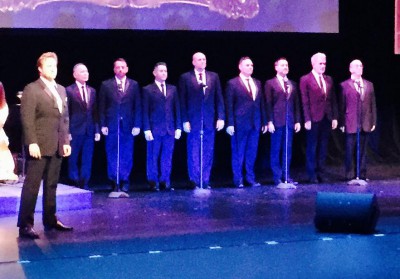 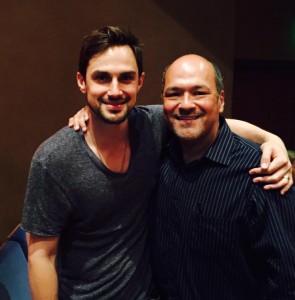 The Gay Men’s Chorus of Los Angeles performed the final number, Sunday in the Park With George, with James C. Mulligan, Lisa Vroman and Robert Yacko.

The first half of the show featured a moving tribute to performers from past S.T.A.G.E. shows who have died, an energetic Another Hundred Lyrics from Company by Vicki Lewis and a very fun Broadway Baby by the great Mary Jo Catlett – a S.T.A.G.E. veteran who always delivers.

My friend Jeremy and I were seated with a handsome actor by the name of Andrew J. West (The Walking Dead, Greek) who was there to watch the performance of his wife, Amber Stevens West.

She is one of the stars of the terrific NBC comedy The Carmichael Show and I had seen the most recent episode a few weeks earlier.

Amber made her husband proud with her strong performance of Not While I’m Around from Sweeney Todd.

The show’s music direction and orchestrations were by Michael Orland, it was staged and directed by David Galligan with choreography by Lee Martino.

After years at the Saban Theatre, the show made it debut this year at the Wallis Annenberg Center for the Performing Arts in Beverly Hills. 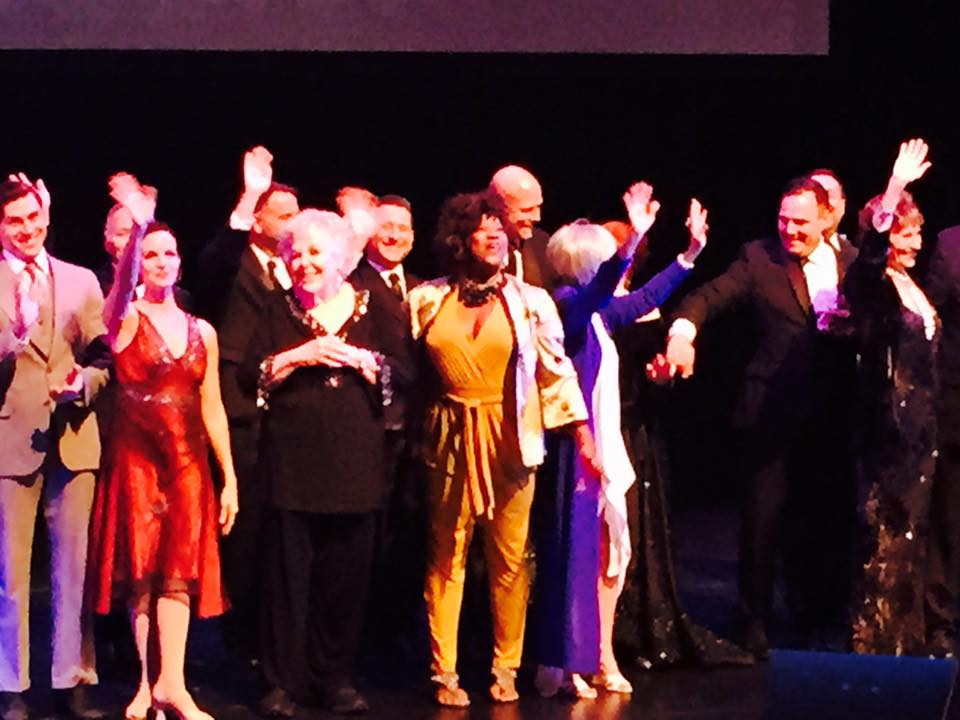 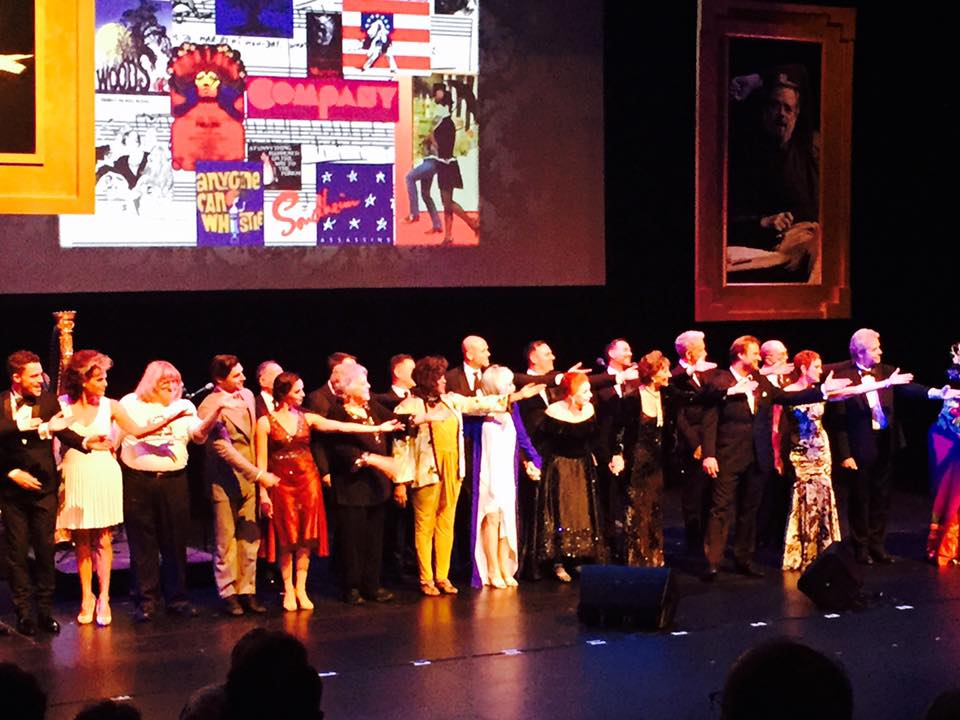