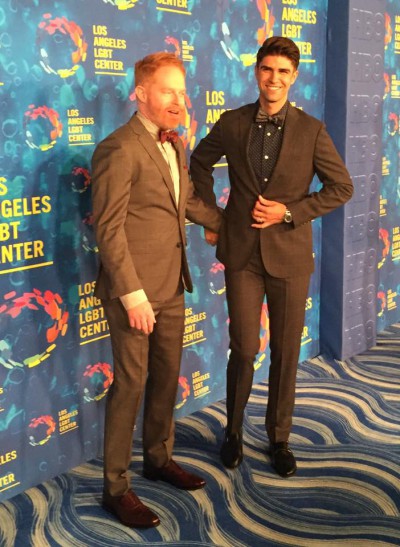 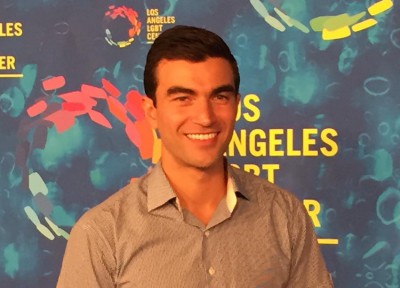 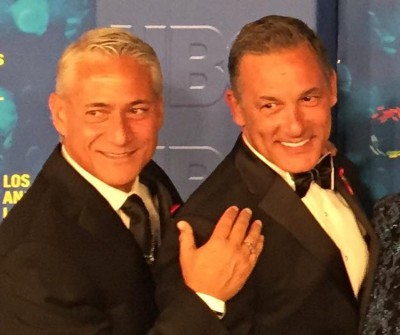 What a difference a tent makes.

The Los Angeles LGBT Center’s 47th Anniversary Gala Vanguard Awards was held on Saturday night inside a giant tent outside of the Pacific Design Center for the first time and the energy was tremendous.

The massive tent was donated by presenting sponsor HBO which had held its post-Emmys party inside of it the previous weekend.

Modern Family star Jesse Tyler Ferguson and his husband, Justin Mikita, were honored with an award presented by Jesse’s castmate Julie Bowen. who he described as ‘the best TV sister I could ever hope for.’

The actor talked about the emotional afternoon he spent touring the center which is the world’s largest provider of programs and services for lesbian, gay, bisexual and transgender people.

‘We are so humbled and honored to be with you tonight,’ he told the crowd.

The night’s other honoree was Olympic swimmer Amini Fonua who has competed in the last two Summer Olympics as an openly gay athlete representing Tonga.

His award was presented by Olympic legend Greg Louganis who joked: ‘We’re not accustomed to wearing this much clothes.’

Louganis called Fonua ‘an inspiration and role model’ for coming out to his teammates in a country where it is still technically illegal to be gay.

Louganis, who was not out publicly when he competed in the 1976, 1984 and 1988 Olympics, also praised Fonua for aggressively denouncing a Daily Beast story about athletes in the Olympic Village in Rio hooking up via Grindr.

Fonua was one of 11 openly gay male athletes competing in Rio but said in his speech there were ‘more than 11′ actually there.

The article sent all fleeing from Grindr and lost was a way to connect.

‘I felt lonely almost instantly,’ he said. ‘I decided yes, it is my place (to speak out). I opened my mouth and out fell my heart. Sometimes being part of a community means protecting it.’ 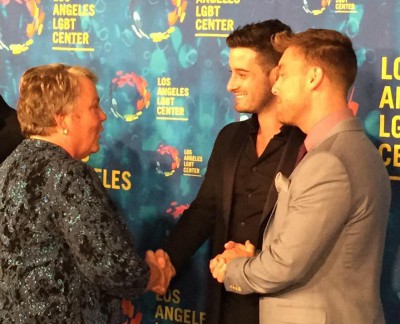 The Center’s CEO Lorri Jean (seen greeting Lance Bass and Michael Turchin) got one of the night’s biggest laughs when she introduced herself as ‘Mrs. Angelina Jolie.’

After talking about the gains LGBT people have made with marriage equality and other successes, Jean also spoke of the massacre of 49 people inside Pulse nightclub in Orlando in June and pieces of anti-LGBT legislation being introduced in 35 states.

That makes the stakes of the upcoming presidential election especially high.

‘We are everywhere and I believe this wave of momentum cannot be stopped. But it can be delayed,’ Jean said. 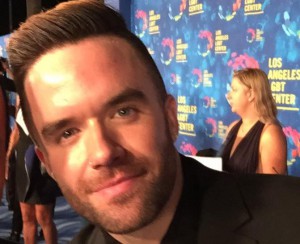 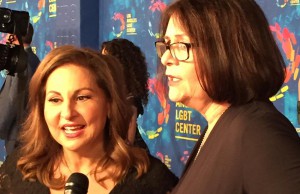 ‘If Donald Trump is elected, fear the consequences for our community, our country and our world.’

She added: ‘Whatever happens, your Center will be here just as we always have been – through good times and bad.’

Also during the event, America’s Got Talent sensation Brian Justin Crum performed a song as did singer Debby Holiday.

The night’s entertainment was kicked off with a routine by Mo Gaffney and Kathy Najimy.

Prior to the start of the dinner, I spent some time on the arrivals carpet and chatted up Louganis, Crum, Lance Bass, Peter Paige, Hayden Byerly of The Fosters as well as How to Get Away With Murder star Conrad Ricamora.

I will share those with you in the coming days.

Others I spotted on the carpet but did not get a chance to chat with were The Fosters star Sherri Saum, actress Traci Lords and the legendary long-distance swimmer Diana Nyad.

Also on the carpet were Eric Leonardos and Paul Hollowell, two of the more gorgeous ‘suitors’ from the Bravo show Finding Prince Charming.

It was a tremendous night for a very worthy cause. 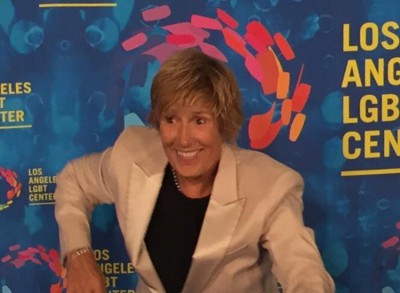 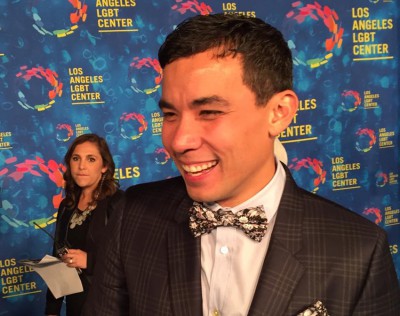 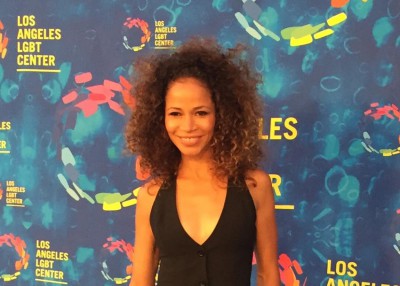 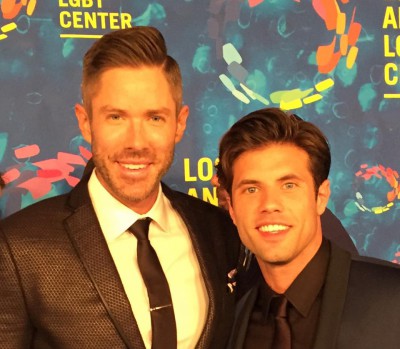 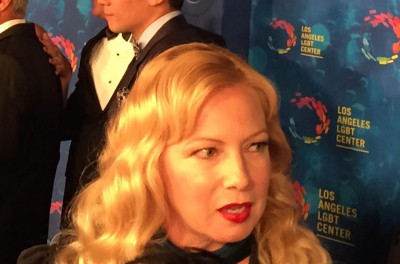 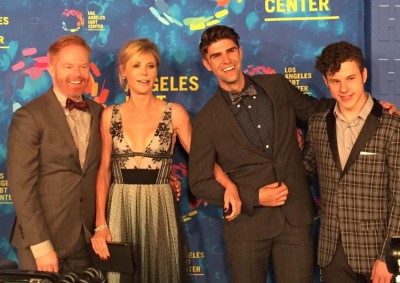