My recap of 50th anniversary of Black Cat uprising 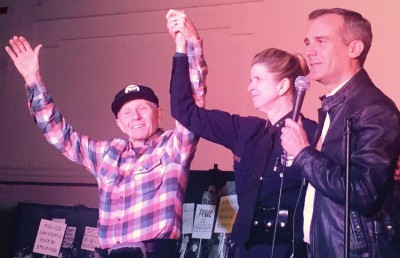 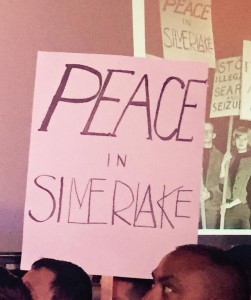 As far as historic gay rights uprisings go, the 1969 Stonewall riots get most of the attention.

But on Saturday, more than 500 people gathered outside of the Black Cat in the Los Angeles neighborhood of Silver Lake – which is my neighborhood – to mark a milestone anniversary of a protest that took place at the same spot exactly 50 years earlier.

The Black Cat protest was the first organized gay rights demonstration in US history. It was in reaction to what happened at the Black Cat tavern – one of Silver Lake’s 12 gay bars then – on New Year’s Eve in 1967.

Plainclothes policemen infiltrated the bar and when men began to kiss each other at midnight, the officers began making arrests for ‘lewd conduct.’

There were also beatings and dragging of patrons into the street.

‘I didn’t organize tonight’s event but I did organize another event 50 years ago on this night. The spirit is still here,’ 80-year-old Alexei Romanoff told the crowd which included politicians, police officers, celebrities and multiple generations of LGBTI people and straight allies.

‘We wanted to be treated equally, we wanted to be valued. We’re valuable citizens and our constitution tells us we’re equal under the law.’

It took more than five weeks in 1967 for organizers to convince enough people to take a public stand against the police brutality and entrapment that had occurred on New Year’s Eve.

Prior to Saturday’s rally, there was a re-enactment of that protests with some of the signs recreated.

The signs said such things as: ‘Peace in Silverlake,’ ‘Stop Illegal Entrapment!’ ‘Blue Fascism Must Go!’ and ‘No More Abuse of Our Rights and Dignity.’ 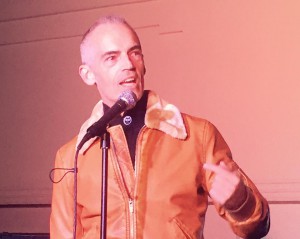 Mitch O’Farrell, the openly gay city councilman whose district includes Silver Lake, reminded the crowd of the sacrifices those original protesters like Romanoff made.

Large black and white photos from the original protest were displayed on stage and projected on the side of the Black Cat building which is now a historical landmark.

‘If you look at the pictures, you can see a little bit of fear, a lot of determination and a great deal of uncertainty because they were being photographed for the first time as out men and women, gays and lesbians, transgender,’ O’Farrell said.

‘They are the pioneers that we have been able to build our lives on the backs of. We must never forget that.’ 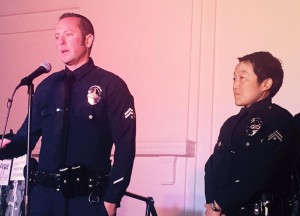 Some of the men were beaten and had to register as sex offenders for the rest of their lives. The fought their arrests all the way to the US Supreme Court which declined to hear the case.

To show how far things have come, several members of the Los Angeles Police Department were at the rally including two young out officers who spoke. LAPD Deputy Chief Beatrice Girmala, the highest-ranking women in the department and the official liaison to the LGBT community, also spoke. 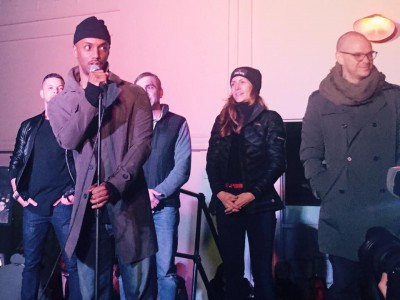 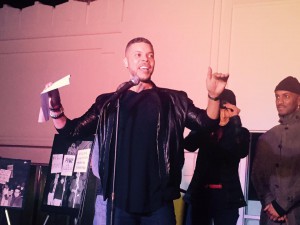 ‘I am overwhelmed with gratitude for everyone who stood up, fought back and raised their voices and spoke truth to power, and having done so, sparked a chain of events that strengthened and empowered a community and made my life as an openly gay latino man possible, today,’ Cruz said to the crowd. 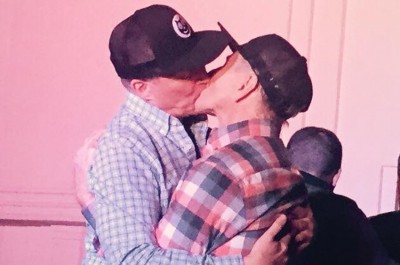 Romanoff made a very public statement by sharing a very long kiss with his husband on the stage near where so many men were arrested 50 years earlier for doing the same thing.

‘We’re counting on all of you to carry this forward,’ he said and noted that ‘tonight a police officer came and shook my hand and said, “Thank you.”‘ 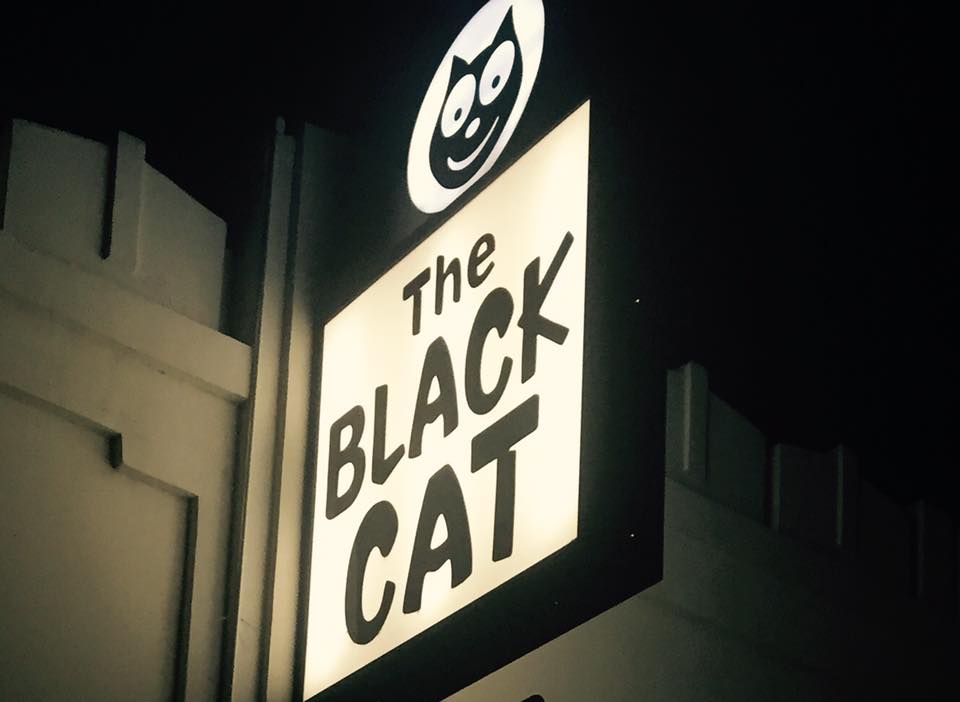 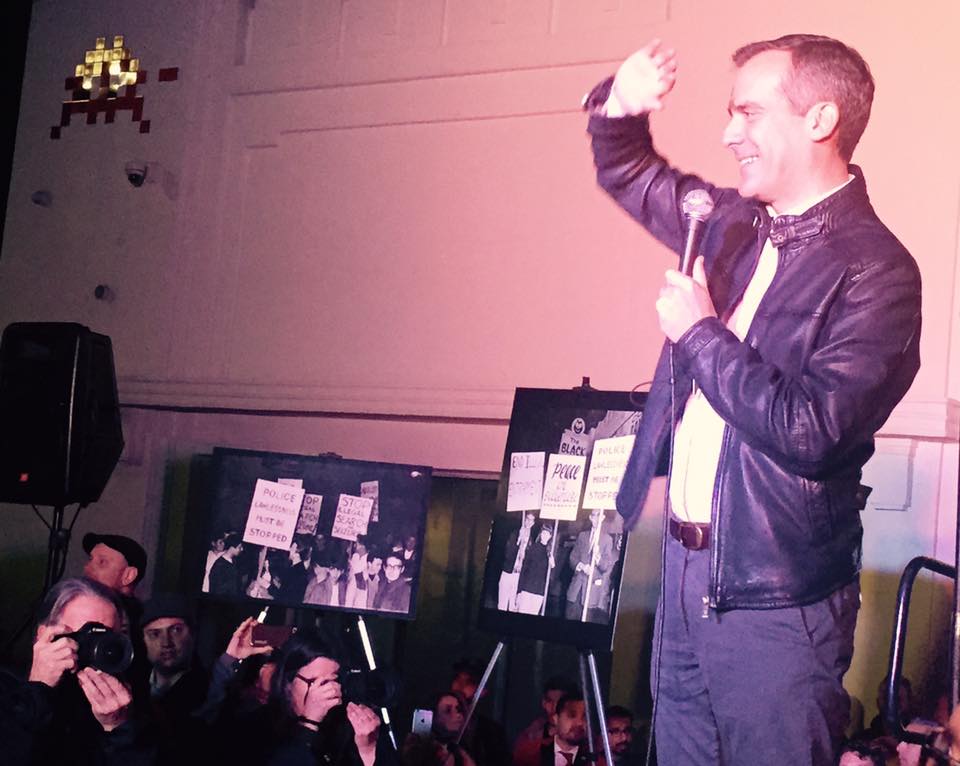 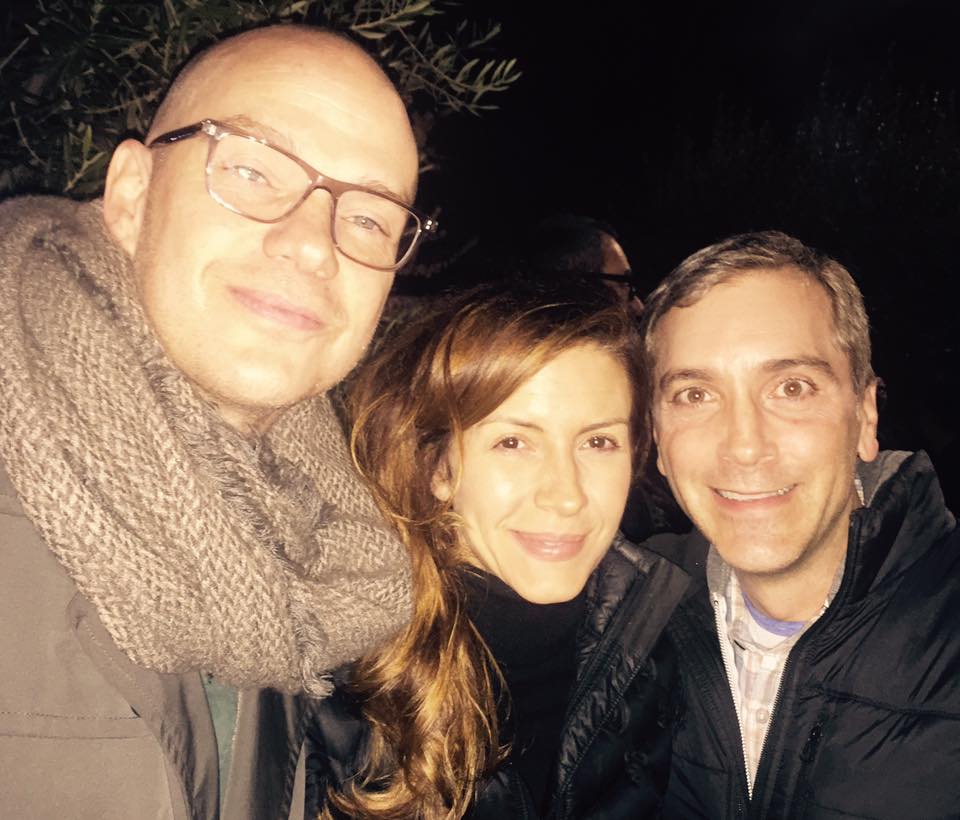 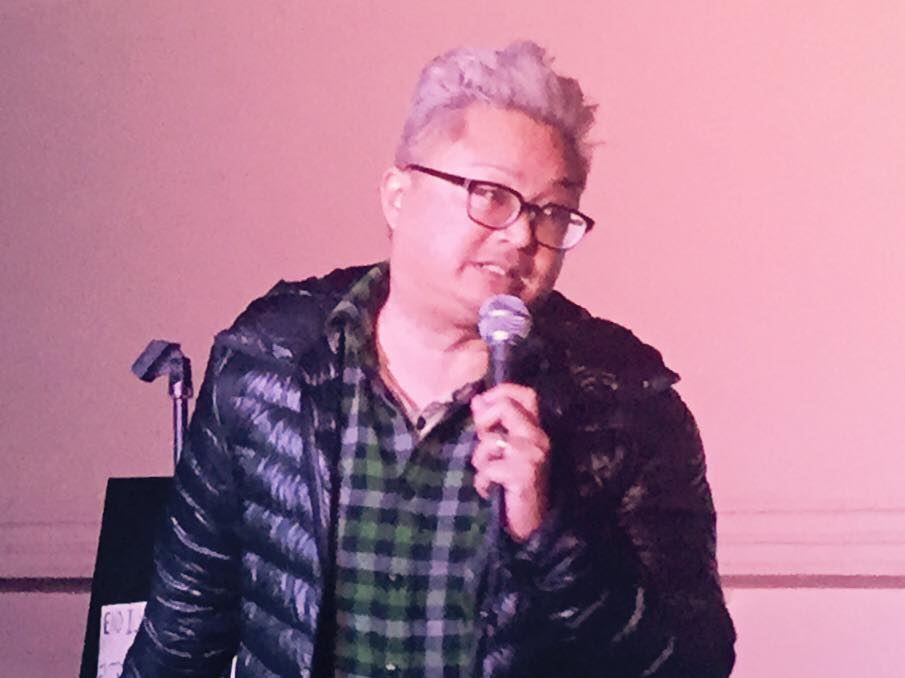 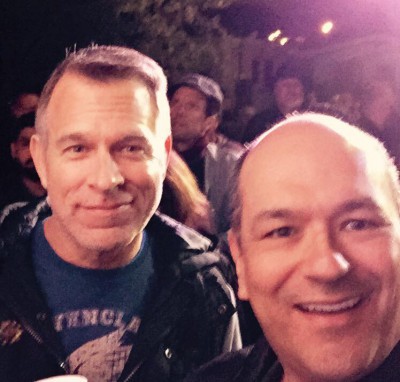 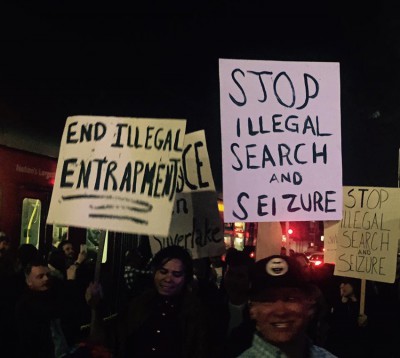