My night with Barbra Streisand was ‘Everything’ 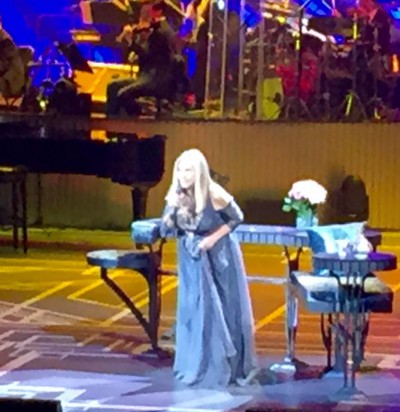 In the past 36 hours or so, I’ve been reading all of these joyous recaps on Facebook from friends who were at the Streisand concert Barbra: The Music…the Mem’ries…the Magic! at Staples this week.

I’m a few days late with this recap but here goes. (I know the photos aren’t real sharp but they are mine)

On Tuesday morning, I got a text from a good friend asking if I was interested in being treated to the Barbra Streisand concert that night.

We met downtown and first had dinner at Triple 8 China Bar & Grill then waited in a long security line to get into Staples. Nobody minded – we were giddy with excitement.

Our seats weren’t on the floor but they were close enough that we didn’t really have to watch the action on the big screen.

Barbra walked out and she looked like buttah! Ageless! 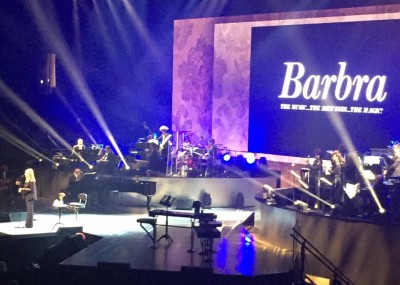 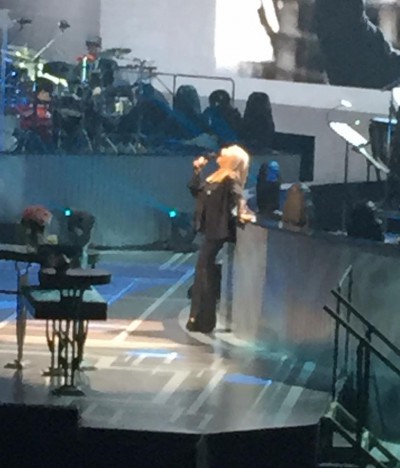 She launched right into The Way We Were which was just a perfect choice – took me right back to the 70s and being a kid and her records on the turntable.

The first Streisand album I ever owned was the soundtrack to A Star Is Born and I played every song – except for some of the Kris Kristofferson solos) over and over again.

That’s why I was floored that Barbra’s set included the song Everything - one of my all-time faves. I knew every single lyric. And she did With One More Look At You, the ballad from the end of the film that comes before the Watch Closely Now finale.

These took me back.

I took them in and couldn’t believe that I was here, 40 years later, watching Barbra perform these songs live. She sounded as good as she ever did.

Another highlight for me from the first half of the show was her mini medley of 70s hits: Stoney End (love it!), Woman In Love and the stupendous Enough is Enough with two fabulous back-up singers stepping in for the late, great Donna Summer.

Barbra’s banter could clearly be seen on the teleprompter but she didn’t seem scripted. She seemed relaxed and confident from the very beginning – and she was smart and funny.

The only misstep during the first half of the show was the bizarre – and completely unnecessary – inclusion of a mindreading act that wasn’t at all interesting or entertaining.

The guests definitely took a turn for the better during act two with several guests who showed up to do duets with the star – most from her upcoming album Encore: Movie Partners Sing Broadway.

First up was Seth Macfarlane on Pure Imagination then the Streisand classic Evergreen with the R&B star Babyface (from the 2014 album Partners).

A virtual duet of Who Can I Turn To (When Nobody Needs Me)? with the late Anthony Newley was moving. 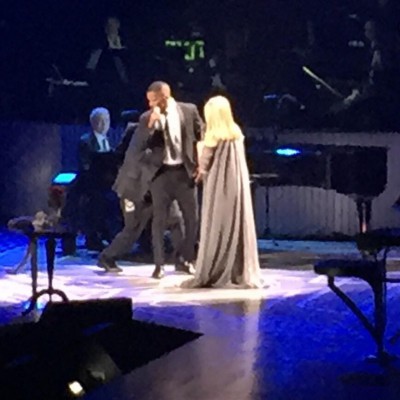 Then came my favorite portion of the evening: Jamie Foxx joining Barbra on stage for a soaring rendition of Climb Ev’ry Mountain. Oh. My. God. It was magic. It was everything.

That second half had some big highlights that included Being Alive from the great The Broadway Album plus such Streisand epics as People and Papa Can You Hear Me before she finally called it a night with Happy Days Are Here Again.

Thank you Barbra for making us so damned happy on this night – so many of us – and for taking such good care of your God given gifts so that after nearly 55 years of A-list stardom, you can still share them with your millions of fans.