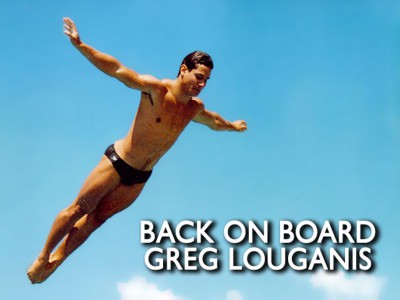 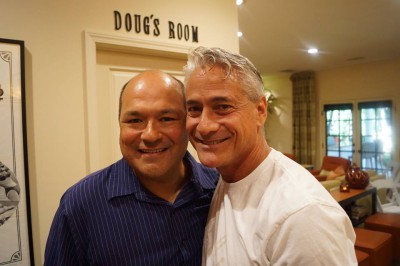 There were no Desperate Housewives or Devious Maids in sight as a couple dozen guys met at producer Marc Cherry’s house last night for a small viewing party of Back on Board – Greg Louganis on HBO.

What made it all the more special was the presence of Greg Louganis himself.

He’s been on such a whirlwind in recent weeks jetting from coast to coast for the New York premiere, a media blitz, opening ceremonies for the Special Olympics in LA and much more. When I greeted him, I remarked on his being everywhere lately and Greg admitted it would be nice to have some relief from the recent breakneck pace.

Greg sat quietly in the back of the room with his husband Johnny Chaillot-Louganis as we watched the film which I had not seen until last night. The footage from competitions and from practices is so stunning, so beautiful, and the filmmaker’s interviews with Greg are candid and thoughtful throughout.

It is an especially engrossing documentary that is just bursting with life because there is so much footage of Greg’s life. Behind the scenes from three Olympics plus interviews from his teen years on.

In later interviews with Barbara Walters, Oprah Winfrey and Larry King upon the release of his 1995 autobiography, Greg didn’t know that he would live much longer. But he was there because he wanted his story to be told – by him.

Greg’s story is simply epic from the very beginning.

He was adopted, had a distant father, suffered from dyslexia but possessed remarkable athletic ability and had the unconditional love of his mother and later the unwavering support of coach Ron O’Brien.

Greg dealt with being treated badly by teammates because he was gay – or suspected of being gay – but he still prevailed in competition. He competed in the Olympics in 1988 shortly after finding out he is HIV-positive, hit his head on the diving board, and still won two gold medals.

It is astonishing stuff.

Whether it be homophobia, betrayal, health issues, financial problems, Greg has preserved and deserves all the good things that life can bring.

I was so moved by the movie and by Greg’s story that I think I hugged him three times last night.

His story is one for the ages.

Special thanks to the extraordinary Steve Tyler – (a George Clooney lookalike) for inviting me to the party and for being the one who brought Cherry to Outfest last summer to see the documentary. After seeing it, Cherry brought the film to the attention of HBO. 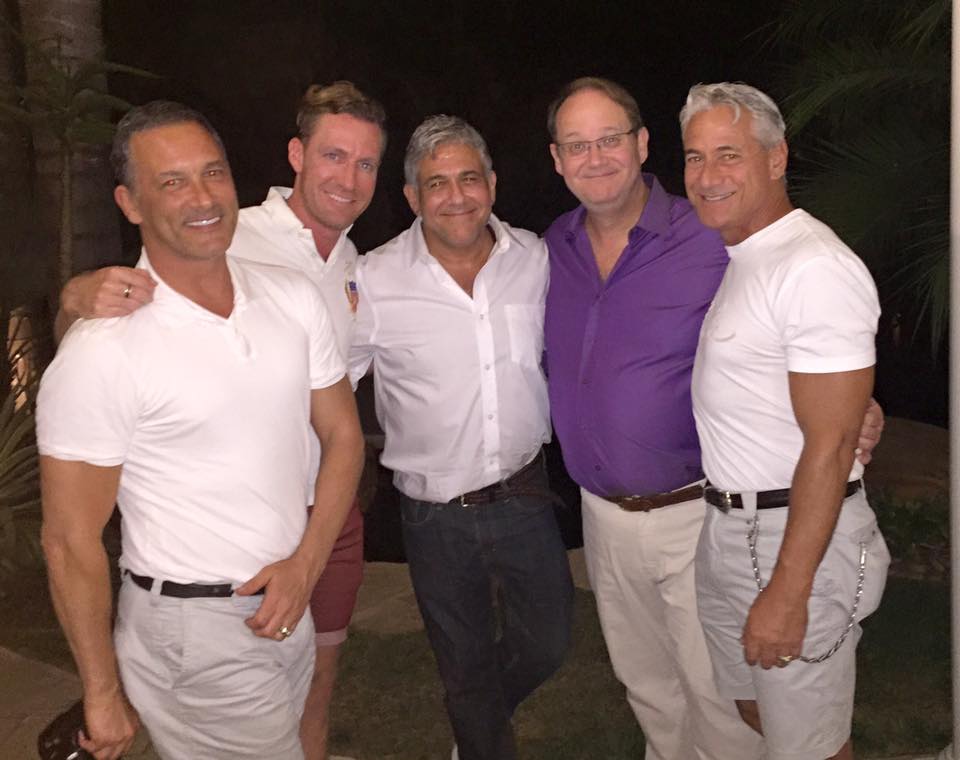 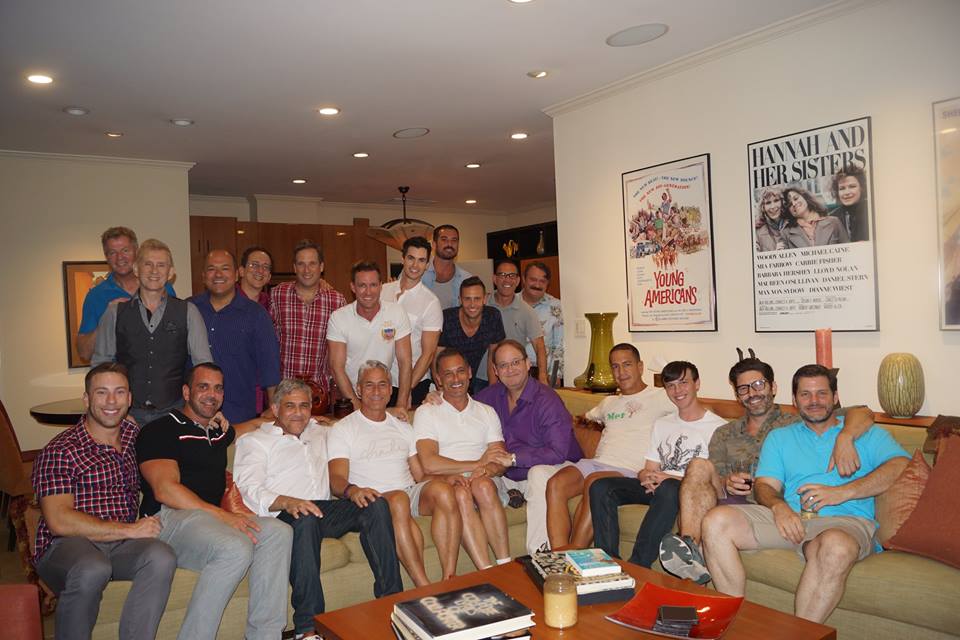 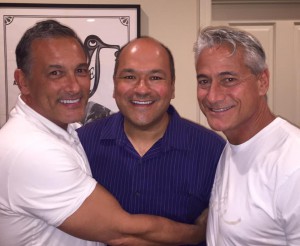