When I saw that Al Pacino was starring in the play God Looked Away at the Pasadena Playhouse, I was interested.

Two-time Tony winner Judith Light is also in it so I was really interested.

And that was before I found out that King Cobra star Garrett Clayton spends most of the nearly three-hour play wearing just his underwear.

My pal Jim Key and I decided we had to go. But with ticket prices nearing $200, we paused.

Then a scathing review came out in the LA Times and we all but abandoned the idea.

I got an invitation last week from Project Angel Food which was hosting a pre-show reception with Miss Light.

The invite included two orchestra section seats to the show. I took about three seconds to say yes and Jim took about that long to say he’d be my guest.

Judith Light, such a class act always, was lovely and relaxed at the reception and later just a hoot onstage.

Pacino portrays Tennessee Williams who in the play is resisting the end of his career as one of America’s most beloved, prolific and flawed playwrights.

He is working to open his final play in Chicago and his hotel room becomes the setting of a battle between creation and addiction; love and sex; immediate satisfaction and eternal legacy.

In addition to the towering talents of Mr. Pacino and Miss Light and the gorgeousness of young Mr. Clayton, there is an outstanding performance from Miles Gaston Villanueva who is as hunky as he is talented.

Adding to the hunkfest is Andrew Dits who has a very memorable and very gay scene with Mr. Villanueva. I made him a Morning Man the day after I saw the show for obvious reasons.

I’m the first to say the play is too long but I also have to say that I really enjoyed the experience.

To watch Pacino onstage in a funny, interesting role was a treat and Light really brightens things up in the second act as Williams’ close friend who comes in from London.

I had not seen either star onstage before and it’s easy to see why they are as acclaimed for their work on stage as they are for screen roles.

It was a memorable night at the theater and one I’m most grateful to have had. 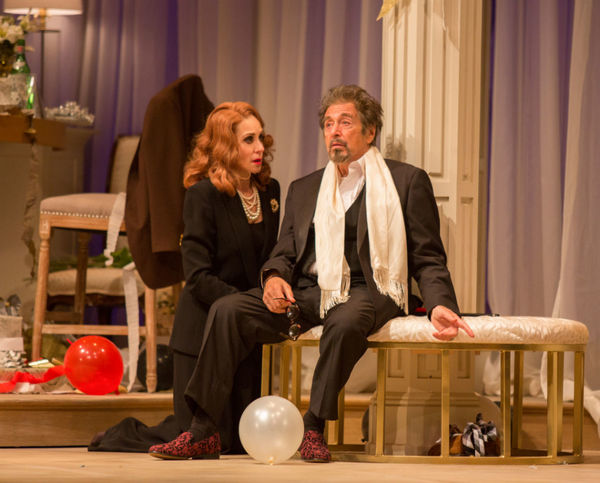 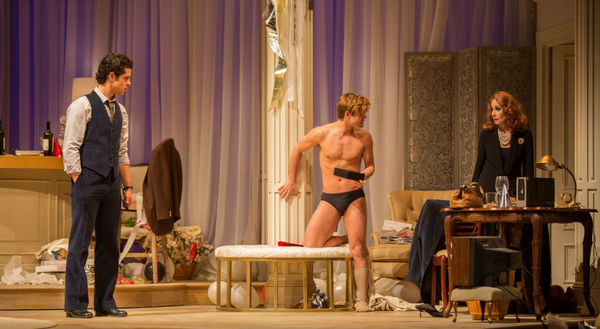 FILE UNDER: About Town, Stage