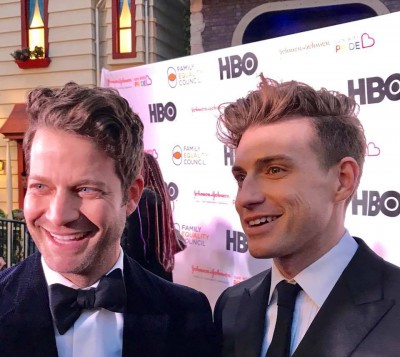 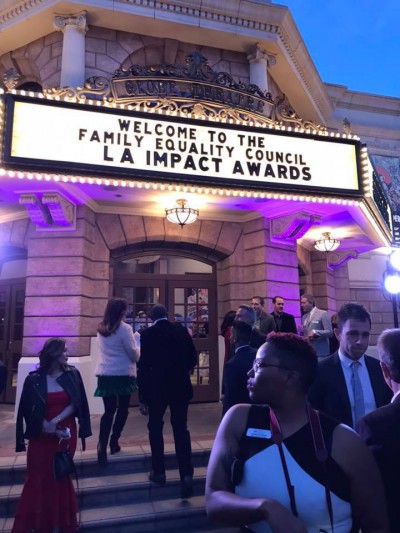 My apologies for the delay in posting about this terrific event earlier. I’ve got a day job!

But I did want to share with you some photos and highlights from Saturday night’s Family Equality Council Impact Awards where Call Me By Your Name star Armie Hammer presented Nate Berkus and Jeremiah Brent with the Murray-Reese Family Award for sharing their family-building journey on national television on their show, Nate and Jeremiah By Design.

Hammer was a huge hit during a hilarious introduction during which he lamented how perfect the honorees are.

“I want to start by saying that Nate and Jeremiah are so annoying,” he cracked. “They are the couple version of that friend that we all know that eats nothing but cheeseburgers and has a fucking six-pack.”

Then he asked the crowd at the Globe Theatre, Universal Studios: “Have you been to their house? I mean, we’ve all seen it because millions of people watch their show, but their house is perfect. Their house is so perfect that we took our daughter over to play with their perfect daughter Poppy—she even has a great name—and while we were there I snuck into the bathroom and started Googling California squatter rights because they were never going to get me out of there.”

Hammer added on a more serious note: “In all honesty, there’s not a better couple in the world that deserves an award from the Family Equality (Council). These guys are exemplary in every single way. They make everything look so easy and I’m sure they are going make raising two children look so easy.”

Berkus and Jeremiah, who are expecting a second child soon, took the ribbing with good humor but were soon emotional when they shared what it means to them to be a highly visible gay couple with a family.

“What does it feel like for a young gay, transgender or bisexual child to watch a family that looks like them, living openly on television?” Brent asked. “It is not lost on us. It is not lost on us how lucky we are to be a gay family at this moment at this time…We know that we now have a responsibility to love visibility.”

Said Berkus: “We meet different families from all different walks of life and through the exercise of home makeovers we try to break down the barriers and normalize the way our family looks and the way our family loves and copes and exists to the people in the middle of the country that may not know a family with two dads at the heart and at the helm.”

Brent got choked up a few times and Berkus explained to the crowd: “Jeremiah cries in every episode…literally every episode.”

Olivia Holt presented Johnson & Johnson with an award for their Care With Pride Initiative.

Actor and comic Alec Mapa was the evening’s host and, as usual, was an absolute hoot. The Ugly Betty alum joked that he is using female pronouns now because “I present as a gay Filipino man but I identify as a rich, white woman.” Alec also joked that Hammer is so tall that “one of his kneecaps gave me a black eye” and tried to convince Berkus and Brent to treat him to a kitchen remodel. 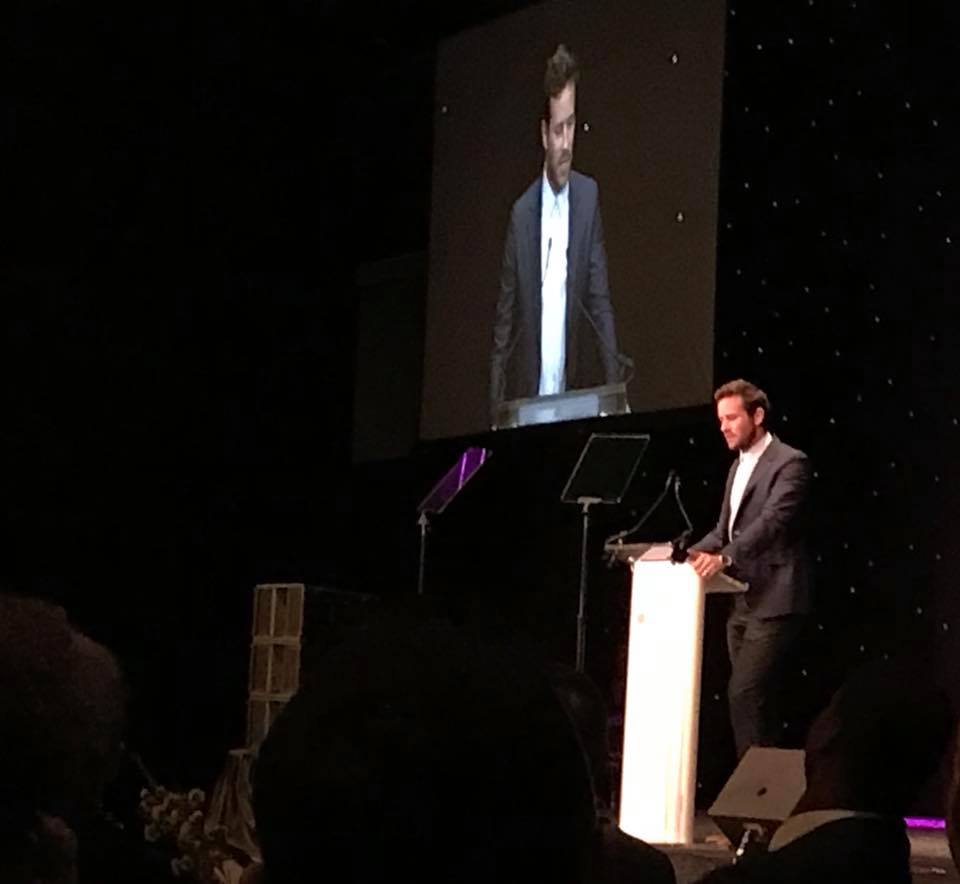 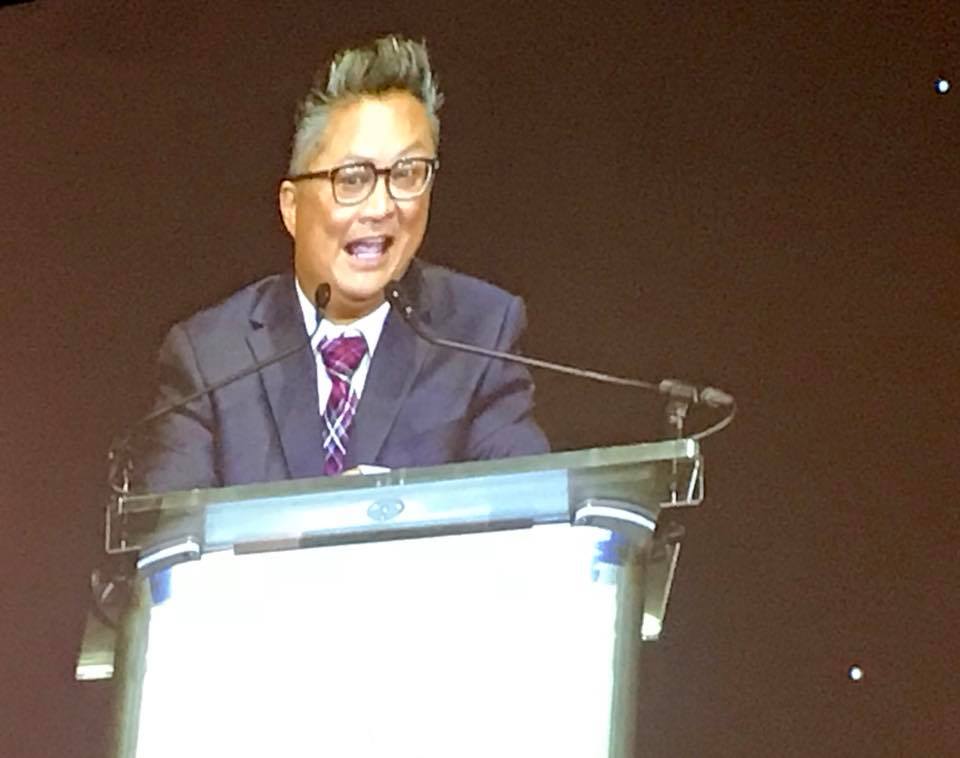 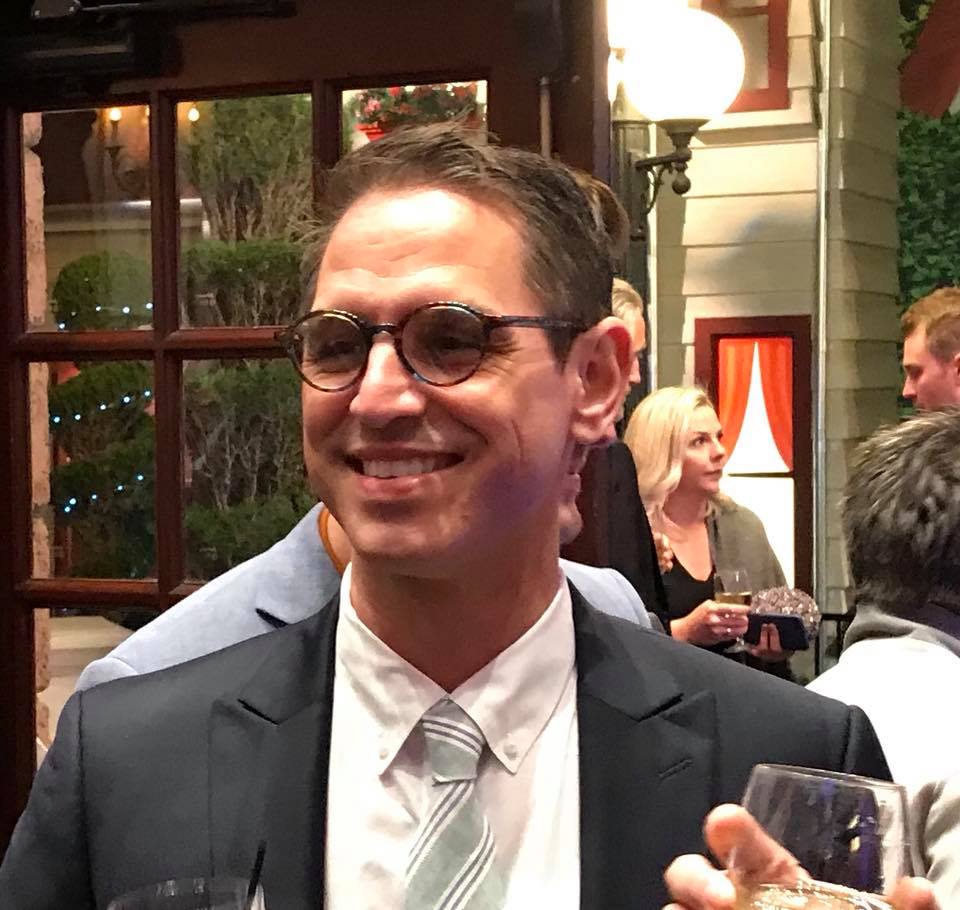 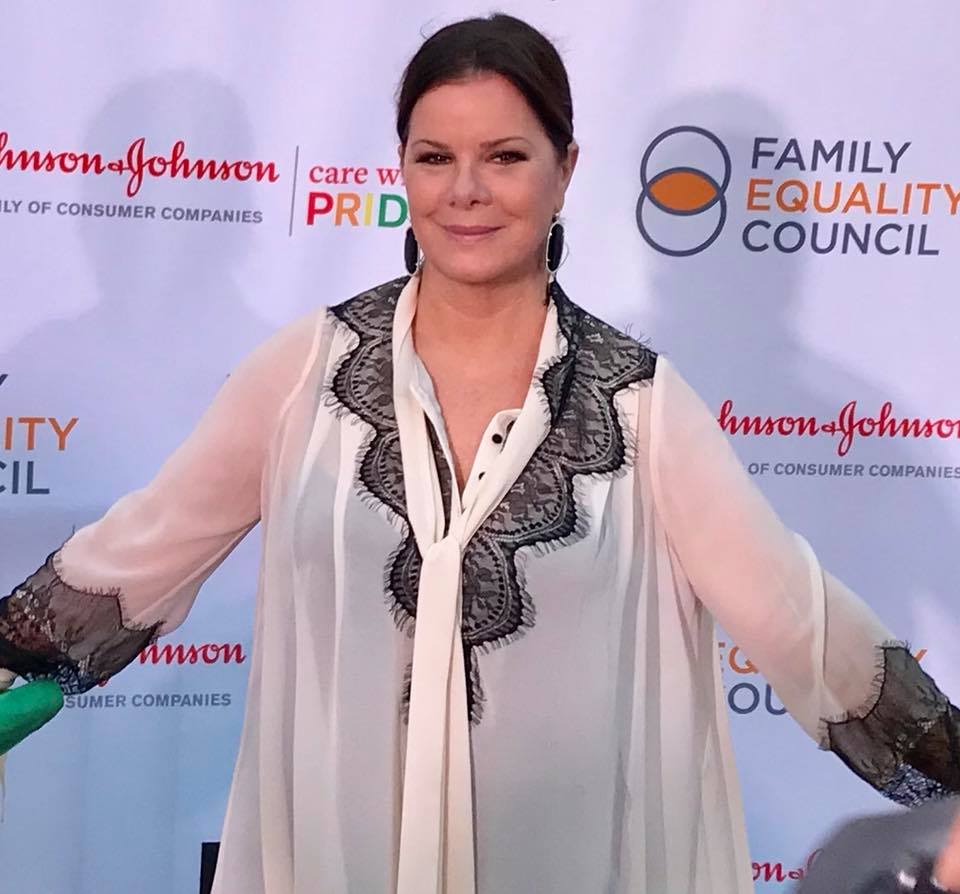 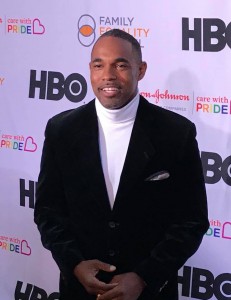 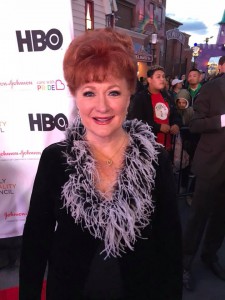 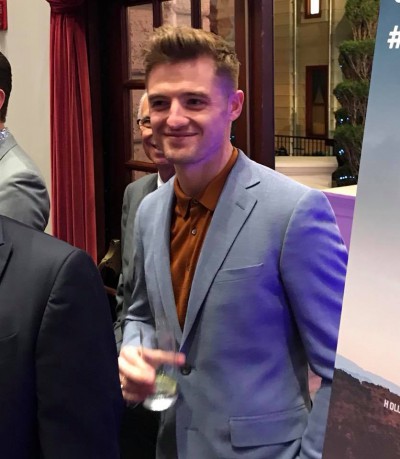 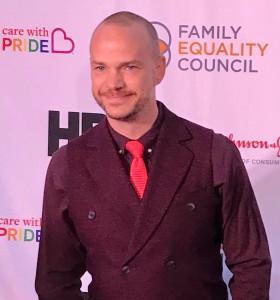 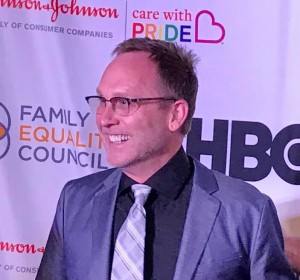 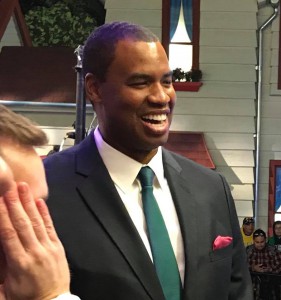 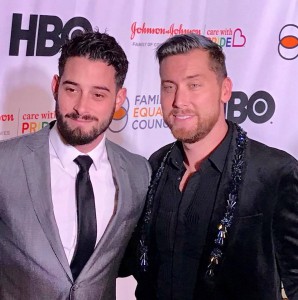 FILE UNDER: About Town, Benefits