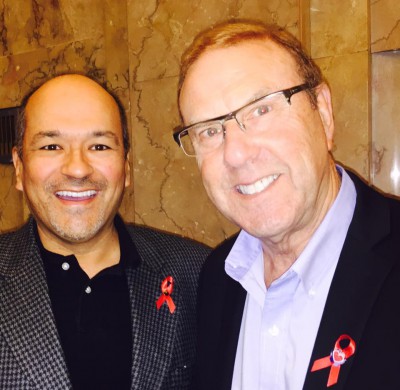 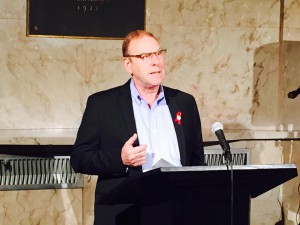 It was 35 years ago today this week that Dr. Michael Gottlieb first reported a mysterious disease he saw in five of his male patients – all gay.

The next year the disease became known as AIDS (Acquired Immune Deficiency Syndrome) and Gottlieb has remained deeply involved in research and activism ever since.

He became Rock Hudson’s doctor after the actor’s AIDS diagnosis in 1985 and worked closely with Elizabeth Taylor in the founding the American Foundation for AIDS Research (amFAR).

‘It started with the first patients, the first five patients who I reported to (Centers for Disease Control),’ Gottlieb told me this week on the eve of World AIDS Day.

‘They were some people that I might have gone to college with or medical school with and so I identified with these patients and felt I had to continue to do something to improve their lot, their medical condition.’

Gottlieb remained on the front lines of research publishing more than 50 papers on HIV infection and treatment between 1981 and 1987.

‘HIV-AIDS was this evolving mystery story, it was a page turner with so many twists and turns,’ he said. ‘Once I got into it, I was hooked.’

He is now advisor to The Elizabeth Taylor AIDS Foundation and on Wednesday participated in a panel discussion presented by SAG-AFTRA and the foundation where we chatted.

Gottlieb was present on May 31, 1987 when President Ronald Reagan gave his first major address on AIDS – six years into the epidemic and after 21,000 Americans had already died from the disease. 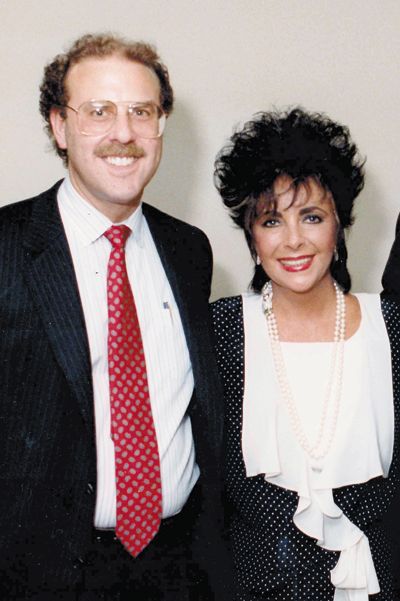 It was Taylor who had persuaded Reagan to be there.

‘I escorted Elizabeth to the dais,’ Gottlieb remembers.

‘Elizabeth was this wonderful, compassionate person who really cared deeply about all sorts of people who were discriminated against.

‘She was a champion and a fighter and I don’t know where the originated in her life story but that’s who she became and was a fierce fighter for people living with HIV and AIDS and the most important celebrity – ever – to step forward to help us. Her presence is sorely missed.’

Thirty-five year into the epidemic, Gottlieb is well aware the work is not done.

‘The HIV-AIDS epidemic is still very much with us both here in the United States and around the world,’ he says.

‘It’s important to reinforce this idea because today in the US so much of HIV is out of sight out of mind. Yes, we are doing so much better in regards to treatment and prevention but we can do so much more.’

He points out that roughly only 40% of people in the United States with HIV are receiving the drugs and treatment that can keep the HIV virus undetectable.

‘That impacts their own health, it impacts the potential for transmission to others,’ he says.

‘They’re not on the drugs or they’re not engaged in care or don’t get adequate follow-up, So we are far from meeting our goal in the United States to have people benefitting from all the advances in technology and we need to do better.’