My evening at LGBT Pride Night at Dodgers Stadium 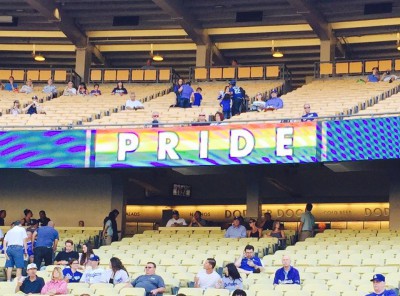 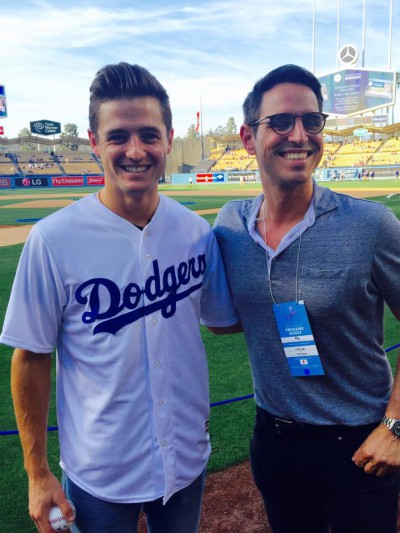 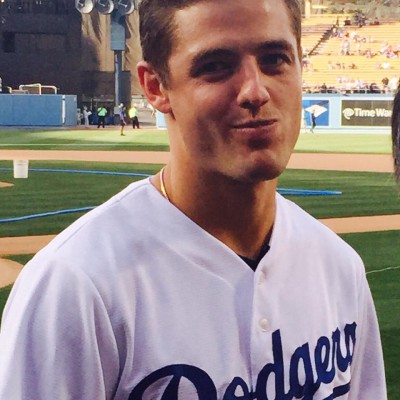 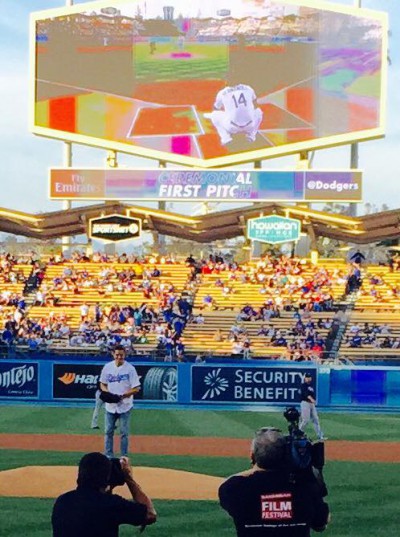 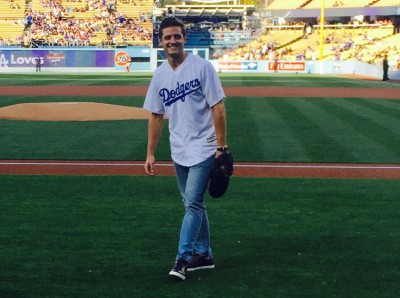 I live less than three miles from Dodgers Stadium but rarely get to any of the games.

Baseball’s just not my thing – usually.

But last night I made the short trip to cover the pre-game activities for LGBT Pride Night.

I made it to the stadium in 10 minutes, found the press parking and press entrance then made my way down to the field.

I saw people eating the famous Dodger Dogs and made a mental note to get one later.

Once on the field, I immediately saw LA Galaxy star Robbie Rogers and his boyfriend, TV producer Greg Berlanti.

I’ve interviewed both before and they aren’t the kind of people who you have to introduce yourself to each time.

Robbie was there to throw out the first pitch and gamely posed for photos, did some TV interviews and made sure to get in some practice throws.

Robbie was interviewed on the field on the loudspeaker about his journey.

He had come out in 2013 and quit soccer due to the pressure of that. But he was back a few months later, widely accepted by teammates and fans, and signed to a multi-year contract with LA Galaxy.

He talked to the crowd about sports being for everyone – straight or gay.

‘These venues and events are really important and amazing,’ he said. ‘There’s a lot of kids out there who think there’s not a path for them in sports.’

As for his own experience with baseball Robbie said: ‘I played for a few years but getting hit by the ball was not my favorite thing to do.’

Lance Bass was also there and joked that Robbie was ‘crazy’ to throw out the first pitch. He teased that an errant pitch can land you on YouTube forever.

I chatted with Lance a little and asked him why it was important for him to be at the game.

‘You’re rubbing elbows with people who might not even know a gay person. It keeps us visible and shows that we’re all the same and we all love sports on a night like this and it’s nice to all be one.’ 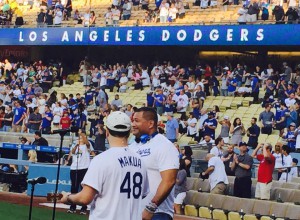 Retired NFL player Esera Tuaolo (pictured, below), who came out as gay after his career was over, sang the National Anthem (Star Spangled Banner) before the Dodgers went on to defeat the Atlanta Braves.

Also participating in the event was actor Noah Galvin (seen below hugging Tuaolo after his performance) who stars as a gay teen on the ABC comedy The Real O’Neals.

I didn’t stay past a few innings and neither did Robbie and Greg it turns out. They headed straight to Hollywood Bowl to see The Little Mermaid (according to their Instagram posts!) along with every other gay in town who wasn’t at Dodgers Stadium! 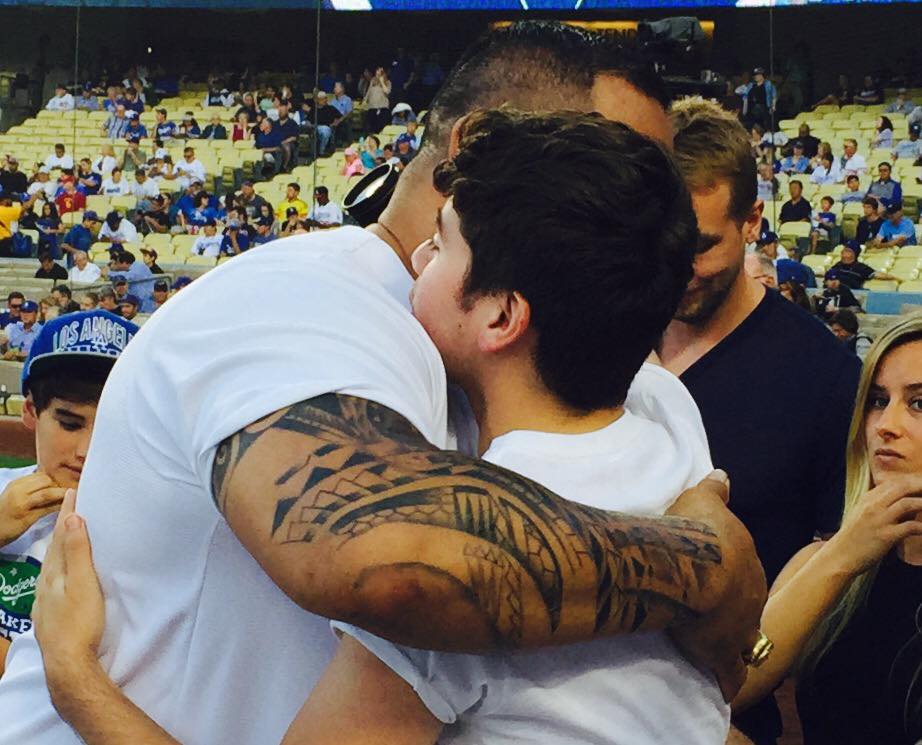 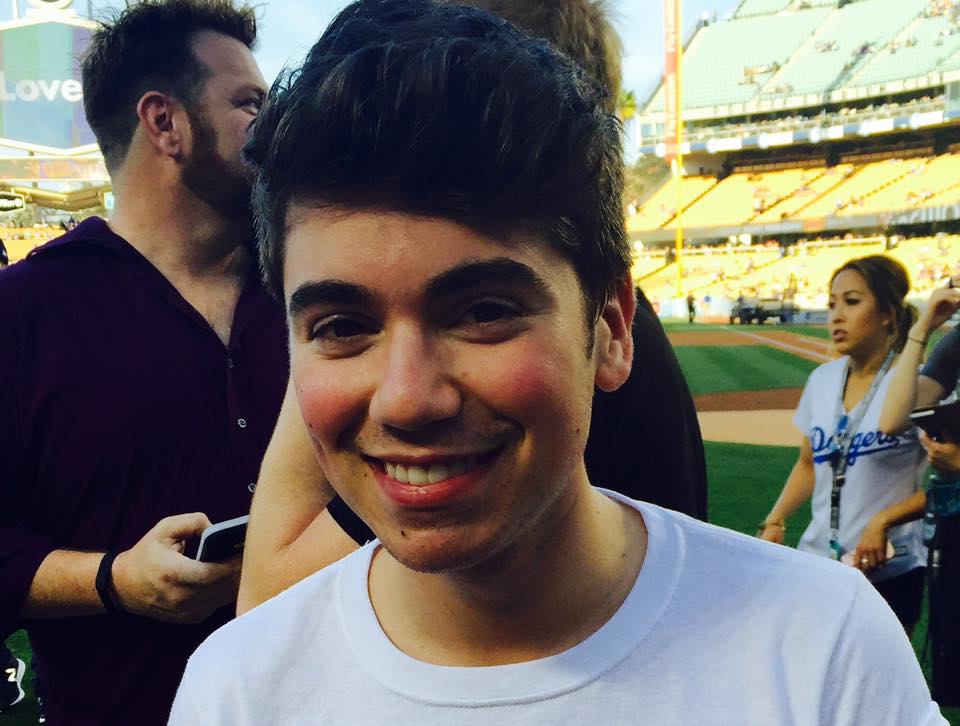 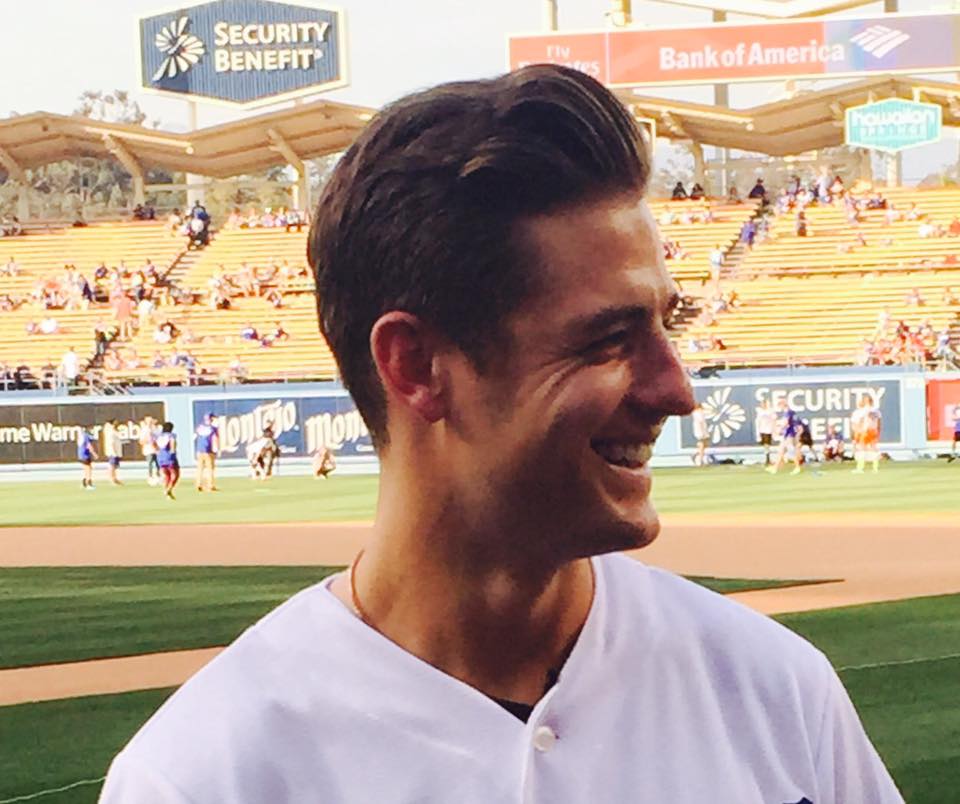 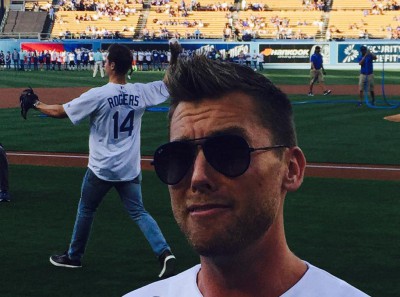 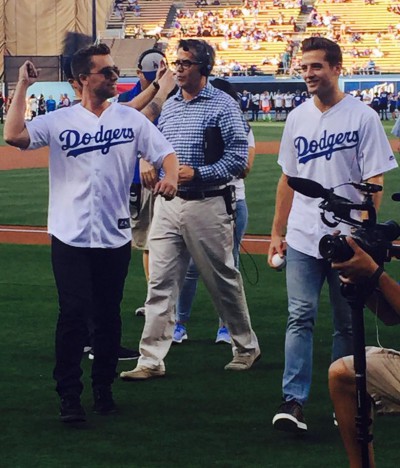 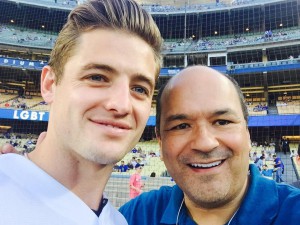 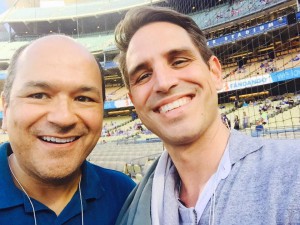