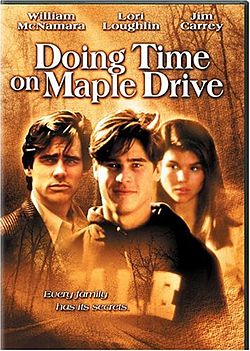 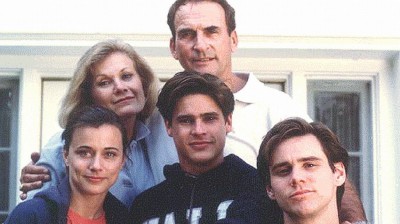 It was 35 years ago that the movie Doing Time on Maple Drive had its premiere on FOX. I’ll never forget the first time I watched it because I literally sobbed.

Promoted with the tagline ‘They are living a lie called the Perfect American Family,’ the 1992 drama didn’t break ratings records.

But many of those of us who saw it have never forgotten its heartbreaking story of a ‘perfect son’ who is secretly gay and determined to live a lie to please his parents.

‘That drive not to disappoint one’s parents can flat out ruin your life,’ the film’s screenwriter James Duff told me during a recent chat.

‘Matt (played so beautifully by William McNamara) has a great big dose of high expectations. If you’ve grown up as I did in a middle class household with strict middle class values and you love your parents and are striving to be the successful person they want you to be, you don’t want to disappoint them.’

Duff, who is openly gay, will be joined by McNamara and fellow cast members Lori Loughlin and James Sikking Thursday night for a Writers Guild of America LGBT Writers Committee 25th anniversary screening and discussion of the film in Los Angeles.

The film’s most famous cast member, Jim Carrey, will not be in attendance.

‘[The network] was like, “No, Jim is a comedian, he’s not the right guy.” I had seen Jim’s audition and he was amazing,’ Duff says. ‘He did an amazing job.’ 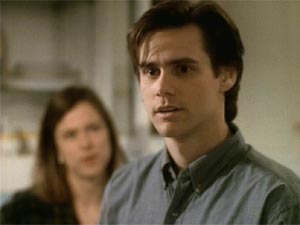 At the time he was cast in the film, Carrey was best known for his comedy antics on the TV series In Living Color and had not yet starred in Ace Ventura: Pet Detective which launched his film career.

‘His claim to fame is his comedy genius. I’m not sure of people know that he’s got these sort of dramatic chops.’

The film picks up as McNamara’s character graduates from college and brings his fiancee (Loughlin) home to meet his ‘perfect’ family.

Sikking plays the father, the late Bibi Besch was the mother while Jayne Brook and Carrey portray the dysfunctional older siblings struggling under their father’s expectations.

A film about denial

‘It was a very personal story and I was trying very hard to make it a universal story, not just about the nature of coming out,’ says Duff.

‘It is about denial in our culture and how denial keeps us from dealing with human truths – with our humanity. Everyone on Maple Drive is dealing with denial in some way.’

The sister is considering having an abortion without telling her husband while the brother is an alcoholic who works for the restaurant owner father who is clearly disappointed in him.

The mother actually knows her son is gay after walking in once on he and a boyfriend. But she has chosen to pretend it never happened and is delighted with his fiancée.

Just as Matt is about to make everyone happy and marry the perfect girl, she finds a love letter from his ex-boyfriend in his jacket. 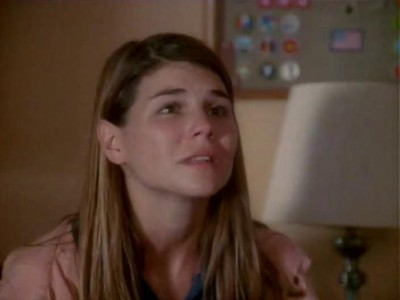 In the movie’s most pivotal and emotionally wrenching scene, she calls off the wedding and tells Matt she knows he’s gay.

Matt reacts with shear and utter panic and begs her not to tell anyone.

‘All of his machinations are undone, his mask has fallen off and he’s desperately trying to put it back together,’ Duff says of Matt.

It is in this scene where McNamara really shines and makes clear the lengths he’s willing to go to be the ‘perfect’ son. 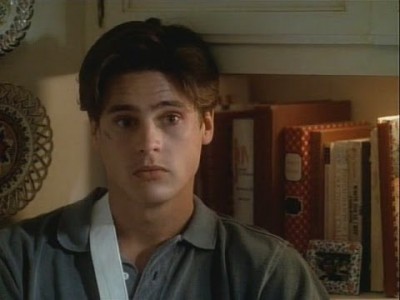 After the break-up, Matt doesn’t let on to his family and instead makes up a story about his fiancee’s abrupt departure.

Then on the night of his bachelor party, he tries to kill himself by driving into a tree ‘knowing he’s about to face the ruin of those expectations and the shame his parents will feel projected on to him,’ says Duff.

‘He doesn’t know how his family will survive it.’

He survives the crash and as he is recovering, he dramatically comes out to his family screaming to his disbelieving mother:’I'm gay!’

‘Matt’s actions create the catalyst for facing the denial and having to accommodate the truth,’ says Duff. 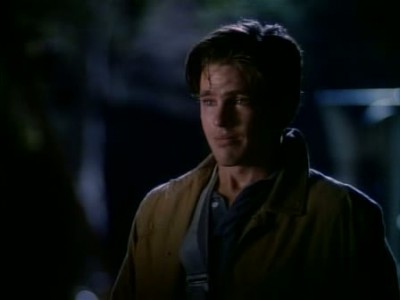 ‘I sort of needed to tell the story that way. At that time, movies with gay characters were few and far between on television and mostly had to do with tragedy that we skirted in Maple Drive. We ended up someplace very good.’

Matt’s mom offers cold rejection to her son but the father is a different story. He offers nothing but love and asks his son: ‘Do you really think I’d rather have you dead?’

Duff says those scenes mirrored his own real-life experience.

‘My mother took it much harder in the end. My mother clung on to it and my father let it go. I was trying to be true to what my own experience was.’

In the end, viewers feel that Matt has turned a corner.

‘I wanted Matt to end up with some acceptance of himself, that he was not a terrible person, that he wasn’t going to lose himself,’ says the writer.

‘There’s a scene where his best friend is there and is saying, “You’re still who you are, you’re just admitting who you are.” That acceptance from the person who was going to be his best man is the key to getting him through the conversations he’s going to have with his family. I feel like it’s all earned. We do arrive there honestly.’