My chat with Greg Rikaart about his hopes for Y&R character: “I want him to come out” 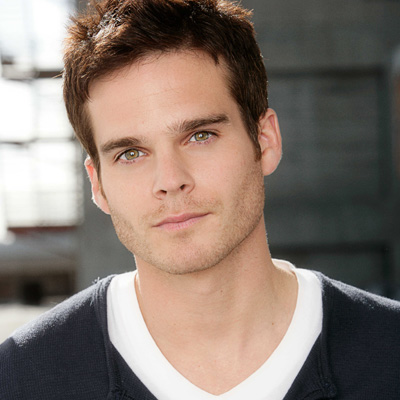 It was so nice to see Greg Rikaart at the Daytime Emmys on Sunday.

The red carpet was just madness at that point but I spotted that handsome face in the crowd and called him over for a chat.

Greg won an Emmy in 2005 for his portrayal of Kevin on The Young and the Restless and I wondered what direction he’d like the character to go in next.

‘I think it would be a super interesting story to tell,’ he said. ‘I think it would be more socially responsible than just bringing on a gay character – to have someone on the canvas that the audience knows and thinks of as family and takes that (coming out) journey.’

But would it make sense for the character?

‘Kevin’s never been a Lothario,’ he pointed out. ‘I think his relationships with women have been difficult at best.’

Greg’s push for a gay storyline comes at a time when NBC rival Days of Our Lives has the Will-Sonny-Paul love triangle on the front burn and ABC’s General Hospital has Lucas and Brad going hot and heavy.

The Young and the Restless
has dabbled with gay characters over the past six years then quickly retreated.

The character of Phillip Chancellor III returned to the show after a 20 year absence in 2010 as an openly gay man but was soon gone again. Phillip did not have a love interest during his short return.

The thought to be completely straight character of Adam Newman slept with his gay lawyer and friend Rafe to get out of a jam. But the Adam and Rafe storyline did not develop further with the two never even sharing an on-screen kiss.

But Greg is not deterred by that track record.

‘Maybe they were just waiting for the right time and the right character.’

FILE UNDER: Daytime TV, Out Stars