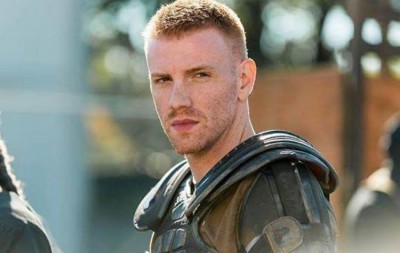 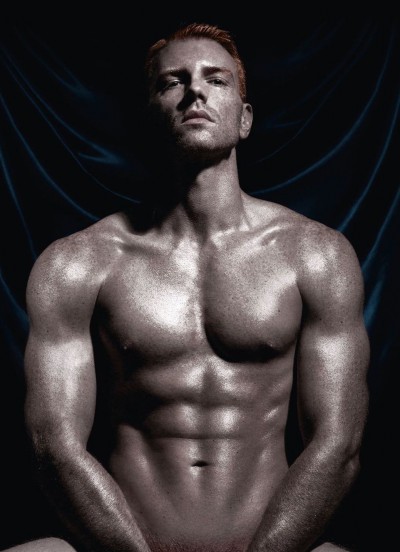 Less than 48 hours after coming out publicly as a gay man, actor Daniel Newman showed up at the GLAAD Media Awards in Los Angeles not knowing what to expect.

The Walking Dead actor had been in a whirlwind and it continued last Saturday when he was given a congratulatory shout-out from the stage of The Beverly Hilton by host Cameron Esposito.

‘It’s kind of a bubble. I’m a little bit in a bubble,’ Newman told me before entering the ballroom where he would join Patricia Arquette, Troy Sivan, Mary J. Blige and other celebrities for a night of celebration.

Newman is astounded that his coming out video on YouTube has been viewed more than 1 million times.

‘I thought it was going to be a small little thing with some of my friends and fans and hoping some kids would possibly connect to me and I could make a difference in their lives,’ he said.

‘It kind of took off and went global and became this big thing now.’

In the video, Newman had boldly said: ‘Whatever happens to my career happens.’

He stands by that. When he compares being closeted to living openly as an authentic human being he said his career ‘is the last thing that matters.

‘ I didn’t have any fear. I almost felt like I don’t want to work in an industry that would oppress people.’

‘If it happens (that I don’t get work) then it’s a great sign for me to know and if it doesn’t happen (and I keep getting work) then I’m thrilled and I’m really, really grateful.’

In addition to his recurring role of Daniel on The Walking Dead, the 35-year-old Newman has appeared in episodes of The Vampire Diaries, Homeland, The Games, Heroes and Drop Dead Diva.

As for his romantic life, Newman has been in a relationship for a year-and-a-half. He won’t reveal boyfriend’s identity at this point but said he has been ‘immensely’ supportive of his coming out.