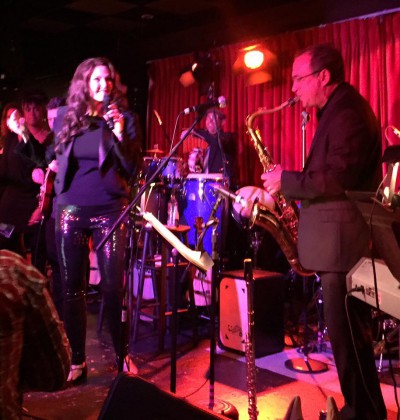 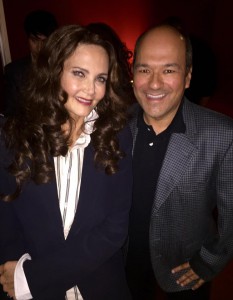 I’m a few weeks late with this but wanted to make sure I posted about what a wonderful time we had at Lynda Carter’s concert at Catalina Jazz Club in Hollywood.

I’m always surprised and a bit dismayed when people ask, ‘She sings?’

It’s how she began her showbiz career long before becoming Wonder Woman and Miss USA World.

And then there were all those fabulous music variety specials in the late 70s and early 80s.

I even had Miss Carter’s single Toto which she sang in an episode of Wonder Woman.

Yeah, she did one Wonder Woman spin late in the show but that was more in a passing of the torch way to the new Wonder Woman.

Anyway, my friend David Trudell and I settled into a seat near the stage at a show that took place just three days after the election.

We decided to split a bottle of wine and just have a good time – and we sure did.

Miss Carter, who looks as beautiful as she ever did, opened with an upbeat Old Time Rock and Roll.

She covered numerous genres with equal ease as she performed everything from Spanish Harlem and Baby Did a Bad Thing to Long Legged Woman, Stay with Me and Let the Good Times Roll.

Other songs included Take Me To The River, You Never Need Nobody, Mercy, After All These Years, The Other Side of Trouble, Gone Gone Gone, You’ve Changed, Good Neighbor, Train Train, I’m Your’s and Lonely Boy.

Miss Carter performs with a top-notch group of musicians and back-up singers and the attention and respect she shows them is very generous and genuine.

She also sang a duet with her talented daughter who is about to graduate from law school and introduced her lawyer son who was in the audience.

This is the fourth time I’ve seen her perform and I think this is the best show yet and told her so when we visited with her after the show.

The guy at the next table would have to qualify as a bigger fan than me or Dave since he specifically flew out from Seattle to Hollywood to watch both the Friday and Saturday performances.

Since her performance at the Catalina, Miss Carter appeared at the Appel Room at Jazz at Lincoln Center.

She is also recording a new CD and is booked back at Catalina with a new show on March 31 and April 1, 2017 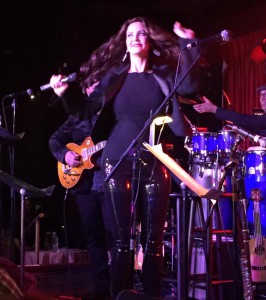 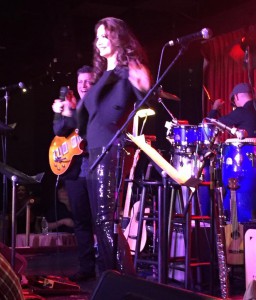 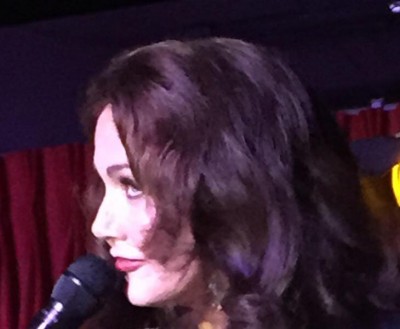