Must-see TV: “Back On Board: Greg Louganis” to premiere on HBO on August 4 – see some clips! 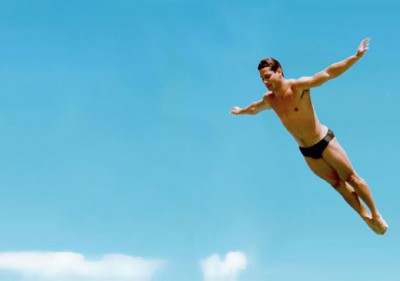 Greg Louganis is one of my all-time heroes so I’m very much looking forward to August 4 when Back On Board: Greg Louganis premieres on HBO.

The film traces Greg’s story from a difficult childhood, through his Olympic conquests, to a transformative post-Olympic life. It outlines the the discrimination and other obstacles he has faced throughout his remarkable journey.

‘I always wondered what happened to Greg Louganis,” says Furjanic. “When we first approached him, we had no idea that we would find him facing such difficulties. During the three years we spent making this film, one thing that became clear is Greg’s resilience. HBO is the perfect platform to reach both audiences who cheered Greg on during the Olympics and a younger generation who has never heard of him.”

Now 55, Greg was adopted before his first birthday and grew up in Southern California, taking up diving at age nine. Throughout a difficult childhood, he was forced to deal with depression, bullying and prejudice.

He thinks it is “Awesome” that the documentary has found a home on HBO Sports after traveling the film festival circuit.

“At times, it’s awkward and a little bit embarrassing to reveal so much of myself – it’s a true documentary,” he admits. “I am honored and humbled to share my story.”