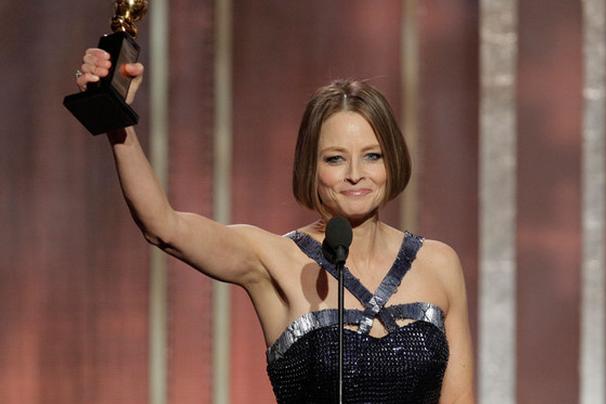 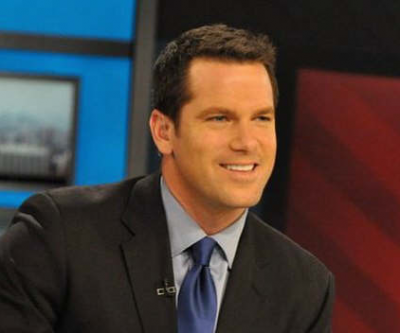 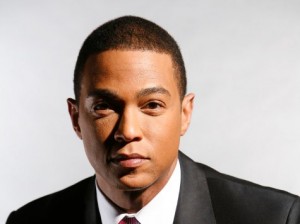 It’s been eight days since Jodie Foster’s memorable Golden Globes speech where the film veteran got personal and talked about her coming out, her former partner and co-parent and her need for privacy.

She has suffered some backlash from the LGBT community for not being more succinct about being a lesbian. Hollywood PR guru Howard Bragman, who has helped many celebrities come out publicly, talked about the speech during a segment of his new online show GWissues with openly gay broadcast journalists Thomas Roberts, Don Lemon and Charles Perez.

“I wasn’t sure exactly what she was saying, i was like, ‘what is she talking about,” admits Lemon, an anchor and reporter for CNN. ‘You have to go back and look at it then you kind of get it. At first I was like, ‘Did she or didn’t she?’ But it was a beautiful speech nonetheless.”

Roberts says that while some were confused, “It certainly wasn’t a staying in speech.”

“I don’t think anyone can question where Jodie Foster is in her life,” says Roberts, a weekday morning anchor for MSNBC. “This is a woman who has been in front of the public eye since she was three. She’s 50 years old, she’s getting a lifetime achievement award, she’s lived her life in a public venue through the 709s, the 80s, the 90s decade after decade and we’re all wondering what her personal life is, waiting for her to make some kind of magnanimous statement about coming out. So I don’t think anyone can discount at this point that she is announcing that she is a lesbian and she’s a happy woman and she’s a mom and she’s apparently single so she’s got that going for her.”

Roberts acknowledged the feelings of such gay celebrities as Wilson Cruz and Harvey Fierstein who were disappointed that Foster in her speech did not acknowledge performers who came out during far riskier times.

“In looking at where she is, I don’t think anyone can discount all of the other people that have allowed Jodie Foster to be on that stage at 50 years old and give that incredible speech that she gave,” Thomas says. “There are a lot of people well known and not that have gone before and have do a lot of hard work that have made that stage possible for her. So she can be up there and accept that lifetime achievement award and talk about her life in complete sense.” 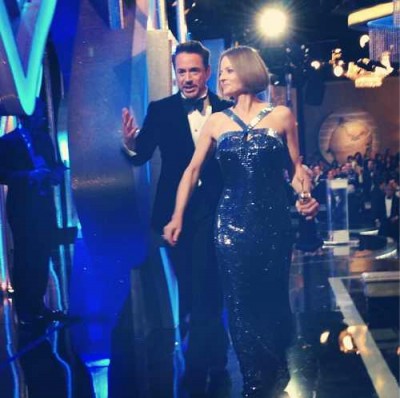 Lemon felt Foster simply should have been more direct in order to be more effective: “I think people wanted, especially people in the gay community, probably wanted a more declarative statement from her rather than a more nuanced (statement). It was so nuanced. In politics you call it a dog whistle … she was speaking to the people who understood and for the people who didn’t, it probably went right over their head. they probably wanted a more of ‘Hello, I’m Jodie foster and I am a lesbian.”

Perez, who had a nationally syndicated talk show in the 90s and was more recently a news anchor in Miami, points out the uniqueness of Foster’s fame.

“This is a woman who really is comparative to few other people,” Perez says. “A Michael Jackson, an Elizabeth Taylor, people who really were thrust into the public eye really early and don’t know any other kind of reality. This is somebody who her whole life has been struggling to find some semblance if normalcy.”

Host Bragman also weighed in: ‘I think Jodie has lived an honest life, she;s never hidden who she is, it’s never been a secret in Hollywood, she has thanked her former partner Cydney before publicly which people said was coming out. I’m much more a fan of that than the people we all know about who are living a lie.”

While Foster’s speech has been widely criticized, Roberts was surprised she even made it at all.