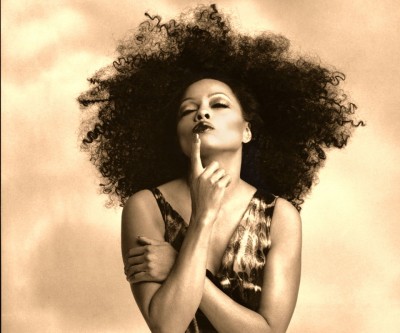 Diana Ross has been one of the biggest for more than 50 years and is still going strong.

Her decade as lead singer of The Supremes secured her place in music history then she went out on her own and scored a stunning series of number one hits on her own including Ain’t No Mountain High Enough, Touch Me in the Morning, Do You Know Where You’re Going To, Love Hangover, Upside Down, and Endless Love. Then there was the wonderful anthem adopted by so many gays: I’m Coming Out, the dance faves The Boss, Chain Reaction, Mirror, Mirror, It’s My House, I Will Survive and the beautiful ballads Missing You, Reach Out and Touch, Good Morning Heartache and It’s My Turn. She also had a huge hit with her 1981 remake of Why Do Fools fall in Love?

Miss Ross was inducted into the Rock and Roll Hall of Fame in 1988 as a member of The Supremes and in 2007, was among the recipients of the prestigious Kennedy Center Honors award, one of the highest tributes any artist can get from this country. In 2012 she received the Grammy Lifetime Achievement Award, in 2016 she received the Presidential Medal of Freedom from President Barack Obama, and in 2017 was honored with a Lifetime Achievement Award at the American Music Awards.

On her 77th birthday, here is Miss Ross singing some of her many hits through the years.